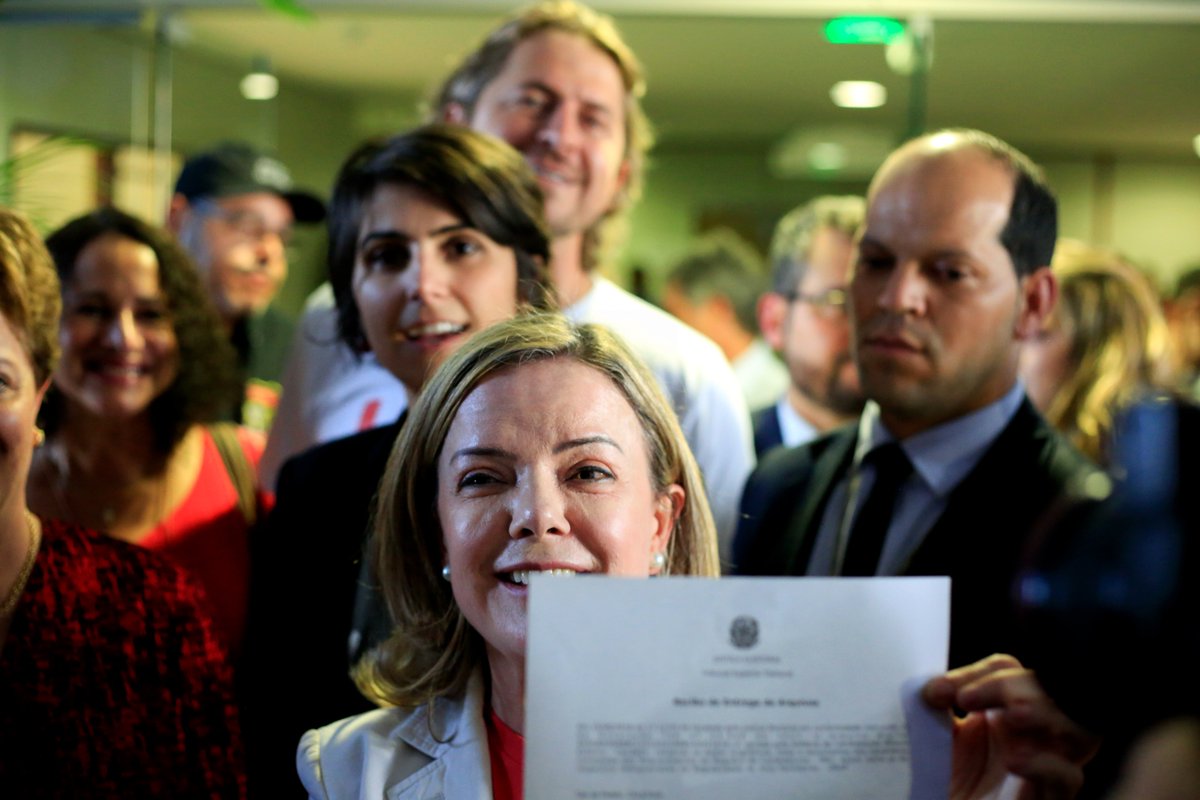 Some 13 presidential hopefuls have registered to run in the Oct. 7 race while all eyes are on Lula, since the electorate's favorite candidate is fighting an uphill battle to be in the running.

Brazilian law bars those convicted of a crime from running for elected office and the two-time president is currently serving a 12-year prison sentence for corruption.

Lula's supporters on Wednesday turned out by the tens of thousands in a show of force designed to pressure the TSE into validating his candidacy. And his backers appeared to be banking on an ongoing appeals process to absolve their candidate.

A photograph of the official registration form has been posted on Lula's website. The TSE is expected to review his bid and rule on its validity, but observers say it is unlikely the court will allow him to run.

An estimated 50,000 people gathered outside the court's offices. "We are here with our head held high," PT President Gleisi Hoffmann said, adding that registering Lula was a "victory" that marked "the beginning of the electoral campaign."