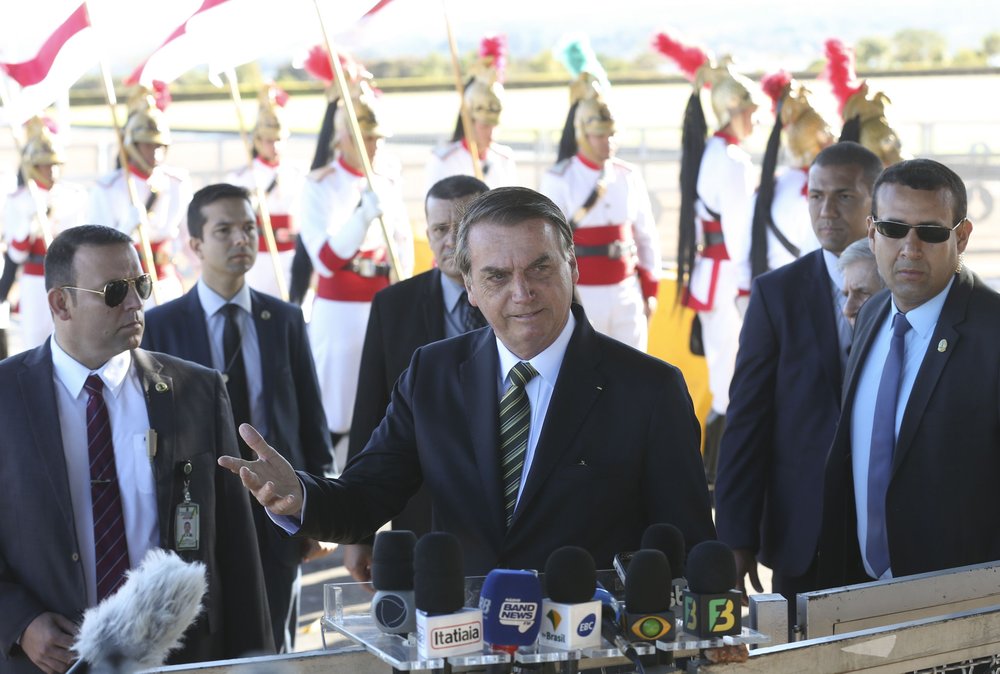 "In the first place, Macron must retract his insults towards me. First, he called me a 'liar' and then, according to information I received, he said our sovereignty over the Amazon was an open question," Bolsonaro told reporters as he was leaving his home in Brasilia.

"To discuss or accept anything from France ... he will have to eliminate those words before we can talk," he added.

The diplomatic spat between the two came to a head after Macron, who was hosting the Group of Seven (G7) summit over the weekend, proposed that the group of major economies take action to put out the fires devastating large swaths of the Amazon, including offering 20 million U.S. dollars in aid.

Earlier, Macron had described the fires as a global crisis, and called on the G7 to discuss the issue.

On Monday, Macron floated the idea of giving the Amazon, considered the lungs of the planet, some type of international status.

His comments alarmed Bolsonaro, who sees the international scrutiny as a threat to Brazil's sovereignty over the region.

His chief of staff, Onyx Lorenzoni, said late Monday the government will decline the aid offer.

However, during a meeting with Bolsonaro on Tuesday, governors from the Amazonian states of Amazonas, Para and Roraima said the aid was welcome.

Governor of Roraima Antonio Denarium said "any resources and funds from any sources are important. There is just one objective: the preservation of the environment and the Amazon."

Governor of Amazonas Wilson Lima agreed, saying "we need international and institutional support, and we welcome any aid."