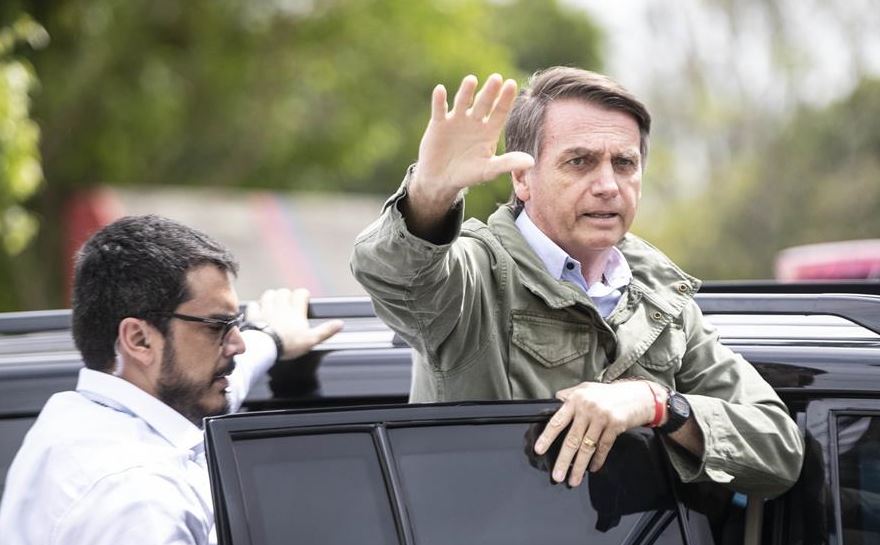 BRASILIA, Oct. 28 (Xinhua) -- Brazil's slow economic recovery will be one of the most urgent challenges facing the country's president-elect Jair Bolsonaro of the Social Liberal Party.

During his election campaign, Bolsonaro proposed to liberalize the economy and spur private-sector investment, which helped him garner the backing of the financial market.

His economic adviser Paulo Guedes, an economic ultra-liberal who graduated from the University of Chicago, aims to spearhead a reform program to stimulate the economic recovery.

Guedes' agenda calls for "privatizing everything," introducing a tax and pension reform, opening up the economy, and reducing the state's role in economy to a "minimum."

However, the different interest groups that Bolsonaro's campaign reaped to win the election indicate that many of these objectives will meet with substantial resistance.

The new government's core support comes from agribusiness and industry, evangelical church leaders, the armed forces and the security sector, as well as the financial market, each of which have their own, sometimes opposing, demands.

This difference in opinion became evident during the campaign, leading Bolsonaro to order both Guedes and his running mate, retired general Hamilton Mourao, to stop talking to the press.

As a result, the society at large and key economic players are still unclear about the economic policies of the incoming administration.

The financial market is concerned about how committed the government will be to carrying out reforms and improving the public deficit.

Via the Brazilian National Confederation of Industry (CNI), the industrial sector, which officially endorsed Bolsonaro in the past week, has rejected the radical privatization program Guedes proposed, saying it would close companies and harm the economy.

Meanwhile, the public security sector would require major investment in technology, infrastructure and wages to boost policing efforts, as Bolsonaro wants to do. But his intended caps on public spending appear to rule that out.

Economist Jose Luiz Pagnussat, a member of the Federal Economic Council (Cofecon), expects that the economic policy of the incoming administration will be created based on the outcome of parliamentary negotiations and the different demands of Bolsonaro's backers.

"In Brazil's decision-making process, most things have to pass through the National Congress, and the group that supports Bolsonaro doesn't share the same radical vision ... so it won't be able to approve such aggressive measures as the ones they were proposing," said Pagnussat.

"The government is going to lean towards liberalism, with a reduction in some ministries, as was proposed at the start of the campaign. Over the duration of the campaign, there were rectifications, and as of now they should be bigger," he added.

Pagnussat believes economic growth will resume no matter who is in office, though policies will make a difference.

"There is a scenario of a strong resumption in production," he said, but what will influence that growth is "the cap on spending, which is a limiting factor."

A failure to pass pension reforms will also be a factor, he said.

Bolsonaro has invited members who are responsible for the fiscal policy of the current administration to join his team, including Treasury Secretary Mansueto Almeida.

Most expect the new government to expand infrastructure concessions and carry out some privatization, with the participation of foreign capital.

"If Paulo Guedes' ideas were implemented, there would be a radical opening up of the economy, something I don't think is going to happen," said Pagnussat.

In the end, there should be a compromise between the goal to open up the economy further and the desire to heed the interests of different groups that got him elected, Pagnussat said.