WORLD Brazil's presidential candidates to have debate ahead of run-off

Brazil's presidential candidates to have debate ahead of run-off 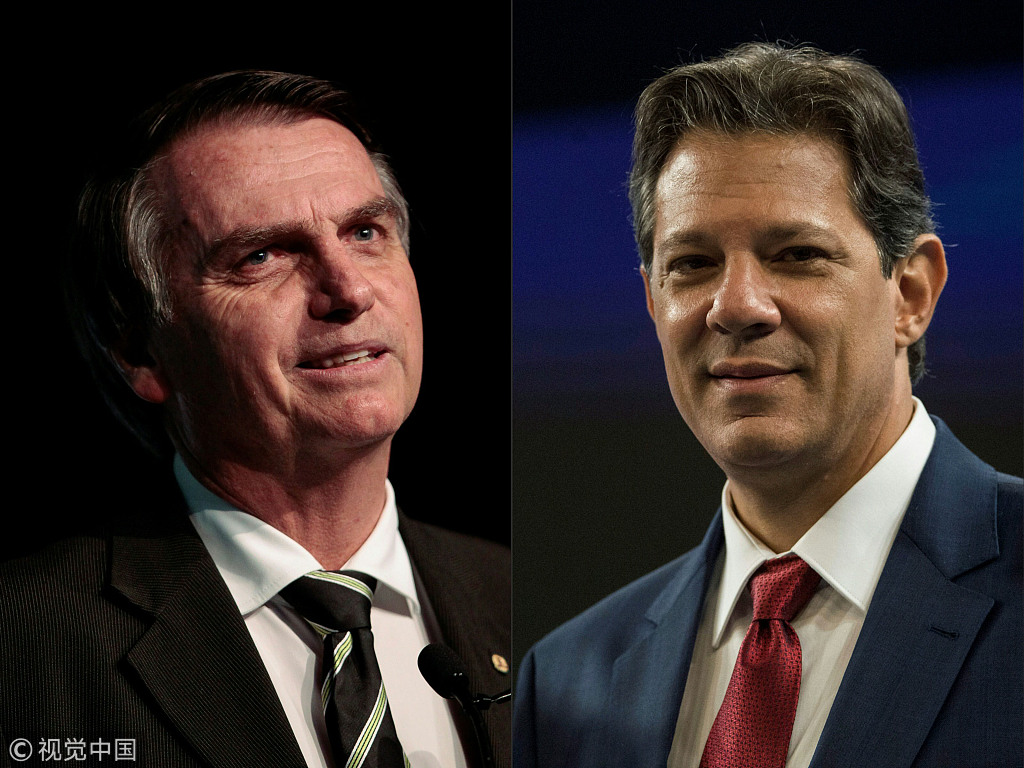 BRASILIA, Oct. 8 (Xinhua) -- The Brazilian presidential candidate for the Social Liberal Party (PSL), Jair Bolsonaro, on Monday confirmed that he would debate with Fernando Haddad of the Workers' Party (PT) ahead of the second round of elections slated for Oct. 28.

The far-right candidate, the top winner of Sunday's first round of elections gaining 46 percent of votes, did not take part in any of the election debates after he was stabbed in the abdomen on Sept. 6.

On Monday, Bolsonaro told the radio station "Young Pan-American" that he would participate in debates if he received the go-ahead from doctors on Wednesday.

"I think I could participate in debate. I feel well," he said.

He added that debating against the PT would not be difficult, "considering what they did in 13 years (in power)."

The PSL candidate criticized Haddad's "scaremongering tactics" in the poor northeast region of the country, where Haddad won every state.

According to the official results of the elections, Haddad won 29.1 percent of the votes in the first round. He and Bolsonaro would have a run-off later this month.

An outright victory requires at least 50 percent of the votes.

The former army captain also said that he identifies his presidential bid with the fight to stop the PT from returning to power.

"We flirted with the left too much throughout the last 20 years. Now it is time to go to the center-right and search for a solution to our problems," he said.

Bolsonaro confirmed that he would not change his politics ahead of the second round of elections to get more votes, though he will watch his language.

The PSL candidate also said that he was negotiating with different parties to generate a base of support for his eventual government.