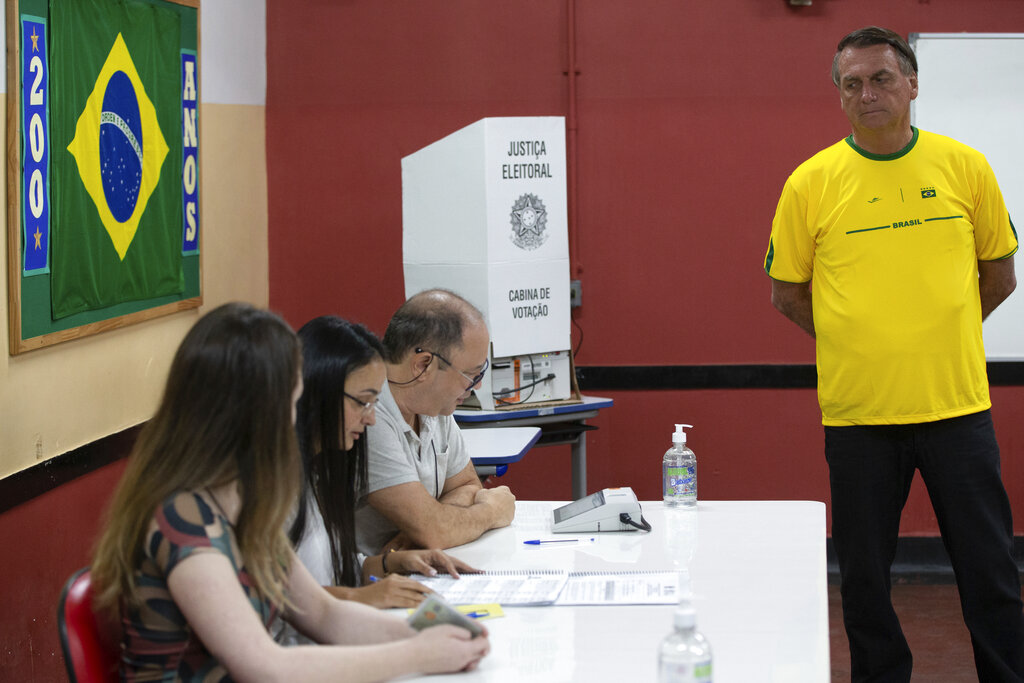 Brazilian President Jair Bolsonaro, who is running for another term, looks at electoral officials before voting in the general election in Rio de Janeiro, Brazil, Sunday, Oct. 2, 2022. (Photo: AP)

"We are prepared for the runoff from a public safety standpoint," Torres said at a press conference at the headquarters of the Federal Highway Police, adding that they will "ensure that people can exercise their right to vote freely."

Security forces will also combat electoral crimes, especially "crimes that drew attention" in the first round of voting in early October, such as vote buying, he said.

About 500,000 police officers will be deployed, including military, civilian, federal and federal highway police, he added.

Updates on incidents registered across the country will be issued every two hours on election day, starting at 9 a.m. local time (1200 GMT), said Torres.

On Sunday, more than 156 million Brazilians will go to the polls to vote for the next president and vice president, as well as governors and deputy governors in 12 Brazilian states.