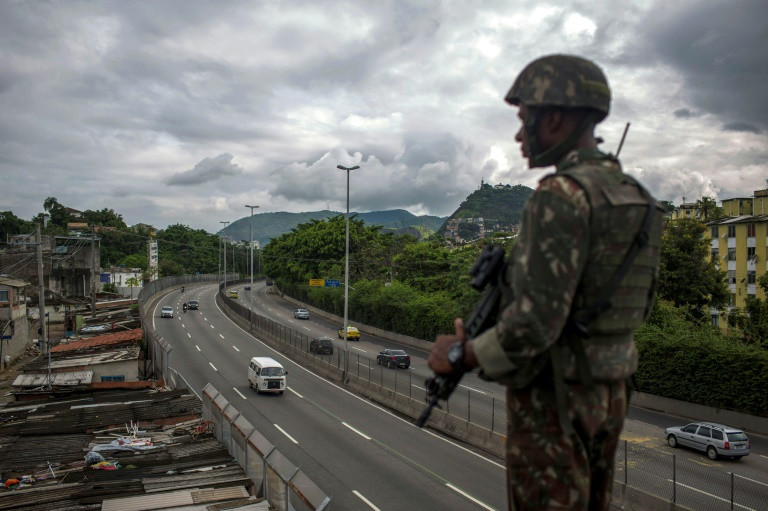 Army patrols are already used in Rio's gang-ruled favelas, but a decree signed by Temer will now give the military full control of security operations in Rio state, which the president said had virtually been seized by organized crime gangs.

The army will now have primacy over the state police, a situation unheard of since the country's return to democracy in 1985 after two decades of military rule.

"I am taking these extreme measures because circumstances demand it," Temer said after signing the decree to combat seemingly endless waves of gang-driven violence.

"The government will give tough and firm answers, taking all necessary measures to eradicate organized crime."

He described organized crime as "a metastasis that spreads through the country and threatens the tranquility of our people."

"We cannot passively accept the death of innocents," Temer said in a speech at his Planalto palace in the capital Brasilia in which he outlined the human cost of the violence.

"It is intolerable to be burying fathers and mothers, workers, policemen, young people and children and seeing whole neighborhoods besieged, schools in the crosshairs of rifles and avenues transformed into trenches."

Chamber of Deputies head Rodrigo Maia -- who took part in a preparatory meeting with Temer on Thursday -- described the move to reporters on Friday as "hard and extreme".

Congress is expected to ratify the decree within 10 days.

The country has seen a wave of violence that prompted Defense Minister Raul Jungmann to declare last month that "the security system is broken."

Rio state Governor Luiz Fernando Pezao issued an apology Wednesday after the carnival in Rio was marred by violence and muggings: "We were not ready. There were mistakes in the first days and we reinforced the patrols."

"It is clear to us that the situation in Rio during the carnival was unfortunate," he said. "New measures will be announced."

"The total confusion and lack of coordination of the security forces during the carnival" triggered Temer's decree, said David Fleischer, professor of political science at the University of Brasilia.

But the analyst said other factors also came into play, with Temer desperately "trying to distract" attention from corruption allegations that have embroiled his presidency and his struggles to adopt pension reform. 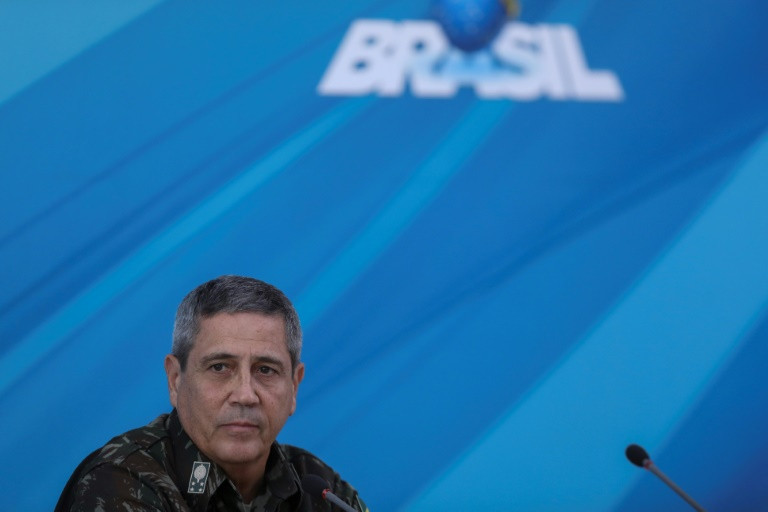 The General in charge of the military intervention in Rio de Janeiro Walter Souza Braga Netto, speaks during a press conference in Rio de Janeiro state, at the Planalto Palace in Brasilia, on February 16, 2018. Photo: AFP/Sergio Lima

Responsibility for security in Rio will now fall to General Walter Souza Braga Neto, who was the man in charge of coordinating security when the city hosted the 2016 Olympic Games.

The army's mission will last until the end of Temer's term as president, December 31.

The decree will put in place "a more robust, better coordinated, security system, with a better intelligence service," the defense minister said.

Jungmann added however that the army would not replace the police on the ground, but provide logistical support in their fight against the drug lords.

According to Arthur Trindade, a university professor and former security secretary for Brasilia, the main objective of the decree is to "clean up" a police force undermined by corruption.

The move will have immediate political consequences, according to Silvio Cascione of economic analysts Eurasia Group. Pension reform "looks even more distant because it requires a constitutional amendment" -- legislators will not be able to approve any constitutional changes for the duration of the decree.

It also shows Temer's administration "is increasingly worried about its low popularity" in the run-up to elections in October, he said.

Brazil's armed forces deployed to Rio de Janeiro in July 2017 to help the overstretched police. Rio state has been badly hit by Brazil's recession and the slump in the oil market in the last few years, as well as massive corruption.

Rio is Brazil's most populous state, with around 16 million inhabitants -- 6.5 million of them living in Rio de Janeiro.