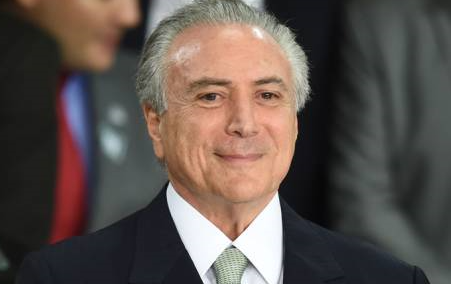 The office of Brazil's President Michel Temer said on Wednesday that the president will travel to Sao Paulo in the afternoon for a review appointment with a urologist.

In October, the President went through a urologic procedure in the prostate. At the time, the doctors said the president was suffering from urinary retention due to a benign prostatic hyperplasia.

All the president's appointments for the day were cancelled. According to local news site G1, the president will undergo another surgical procedure, but may return to Brasilia in the evening.

In addition to the urologic problems, President Temer also faced heart issues in recent times. Last month, he was admitted to the Sirio Libanes Hospital, in Sao Paulo, and was submitted to an angioplasty procedure.

The president underwent an angioplasty in three coronary arteries, and put two stents.

Michel Temer, 77, is the oldest acting president Brazil has ever had. After six years as vice-president, he took over as president in 2016, following the impeachment of his predecessor, Dilma Rousseff. His term ends in December 2018. Enditem