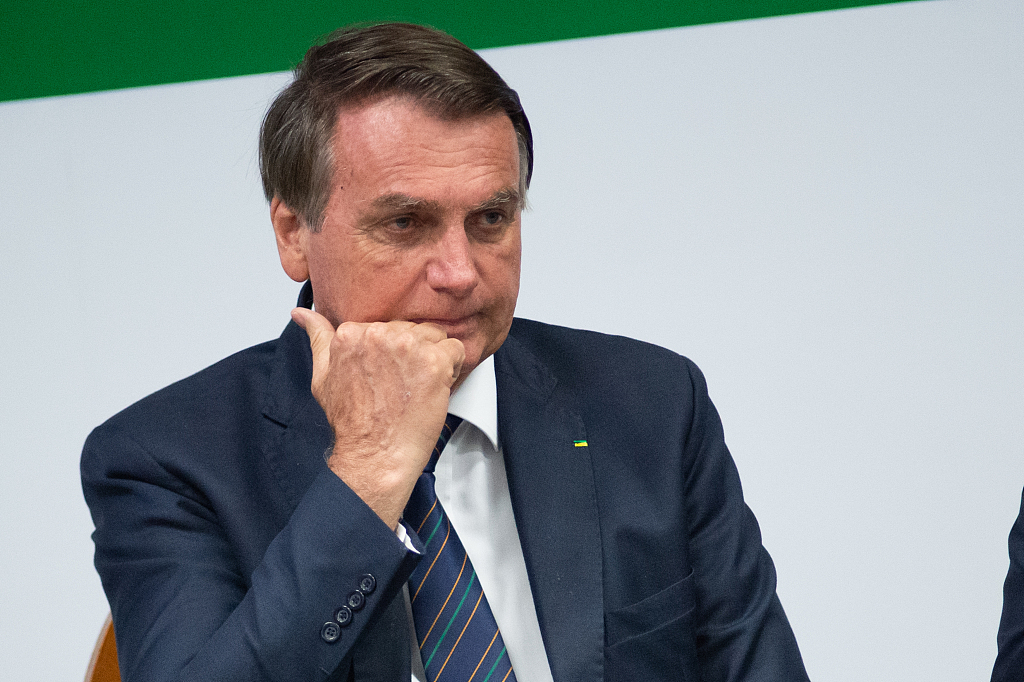 President of Brazil Jair Bolsonaro reacts during the announcement of a simpler access to social welfare on November 30, 2021 in Brasilia, Brazil. (File photo: CFP)

A Supreme Court justice on Thursday subpoenaed Brazilian President Jair Bolsonaro and ordered police to question him in an investigation into leaked documents in which he has resisted testifying.

Justice Alexandre de Moraes had given Bolsonaro 60 days to testify that have expired, and decided that the president appear at federal police headquarters in Brasilia on Friday afternoon to be questioned.

The probe is about Bolsonaro's posting of documents to social media from a sealed police investigation into the hacking of a federal election court a few months before the 2018 elections.