April is shaping up to be Brazil's darkest month yet in the COVID-19 pandemic, with hospitals struggling with a crush of patients, deaths on track for record highs and few signs of a reprieve from a troubled vaccination program in Latin America's largest nation. 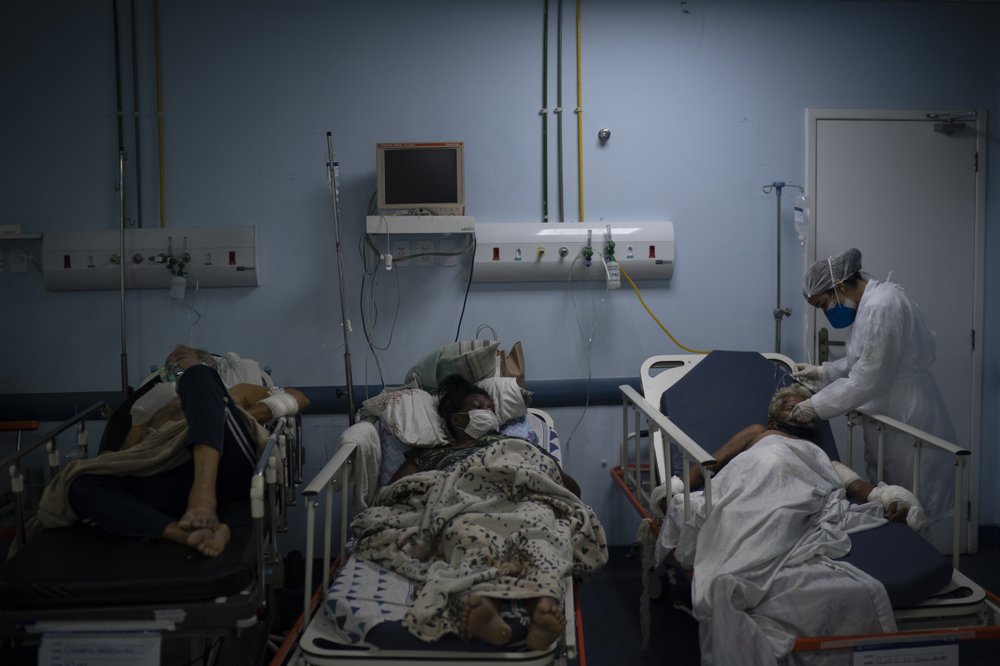 More deaths were reported as the particularly contagious P.1 variant of the coronavirus sweeps Brazil. It has recorded about 350,000 of the 2.9 million virus deaths worldwide, behind only the U.S. toll of over 560,000.

Brazil's seven-day rolling average has increased to 2,820 deaths per day, compared with the global average of 10,608 per day, according to data through April 8 from Johns Hopkins University.

The death toll is forecast to continue rising in the next two weeks to an average of nearly 3,500 per day before receding, according to the University of Washington's Institute for Health Metrics and Evaluation.

Intensive care units for COVID-19 patients in most Brazilian states are above 90 percent capacity. Seven of every 10 hospitals in the country risk running out of supplemental oxygen and anesthetic in the next few days, the newspaper Folha de S. Paulo reported April 8.

"Will we have the medicines, the oxygen, the conditions to care for this patient accordingly? Today we do. But, if cases keep growing, sometime we will fight chaos," he said. 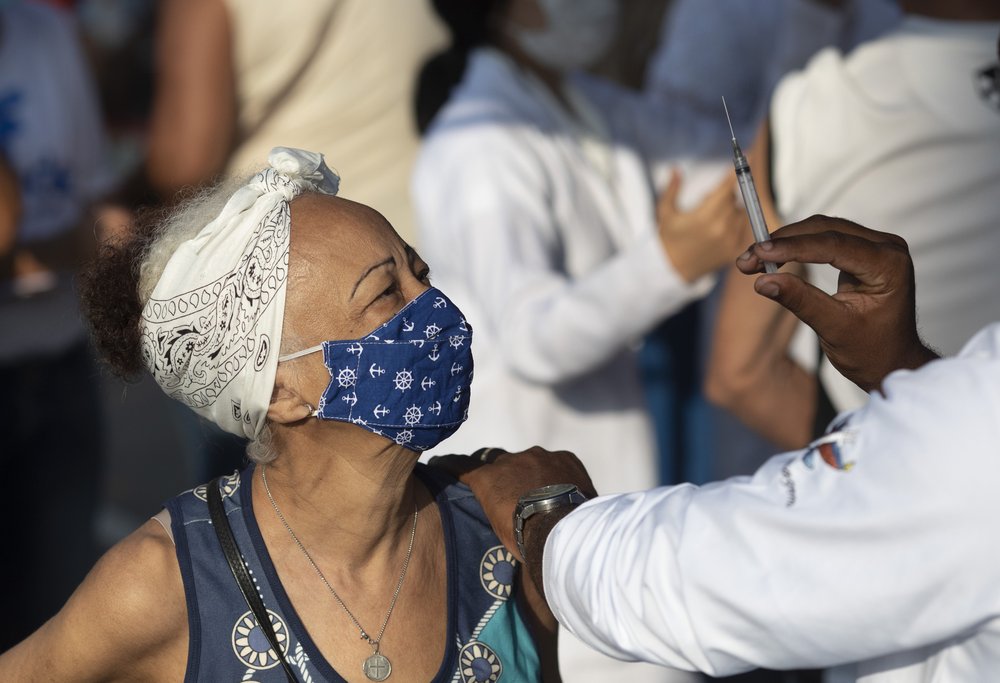 A senior resident watches at a syringe after her shot with Sinovac COVID-19 vaccine at a vaccination center in Duque de Caxias, Brazil, March 24, 2021. (Photo: AP)

The surge of deaths has brought widespread outcry. Brazil's Association of Collective Health, which has nearly 20,000 members including doctors, nurses and health experts, published an open letter this week demanding a three-week national lockdown, echoing increasingly urgent calls from others.

Brazilian President Jair Bolsonaro has refused proposed lockdowns, arguing their economic impact would be even more devastating than the virus. He even took three states to the Supreme Court last month for adopting such restrictions.

Failure to control the spread of the virus has been compounded by the shortages of the vaccine shots.

The Health Ministry has cut its outlook for vaccine supplies in April three times already, to half their initial level, and the country's two biggest laboratories are facing supply constraints.

"The big problem is that Brazil did not look for alternatives when it had the chance," Claudio Maierovitch, former head of Brazil's health regulator said. "When several countries were placing their bets, signing contracts with different suppliers, the Brazilian government didn't even have vaccination on its agenda."