Rio de Janeiro (People's Daily)-The Brazilian government is pushing for measures to prevent  the further spread of wildfires in the Amazon rainforest, which have drawn international attention. 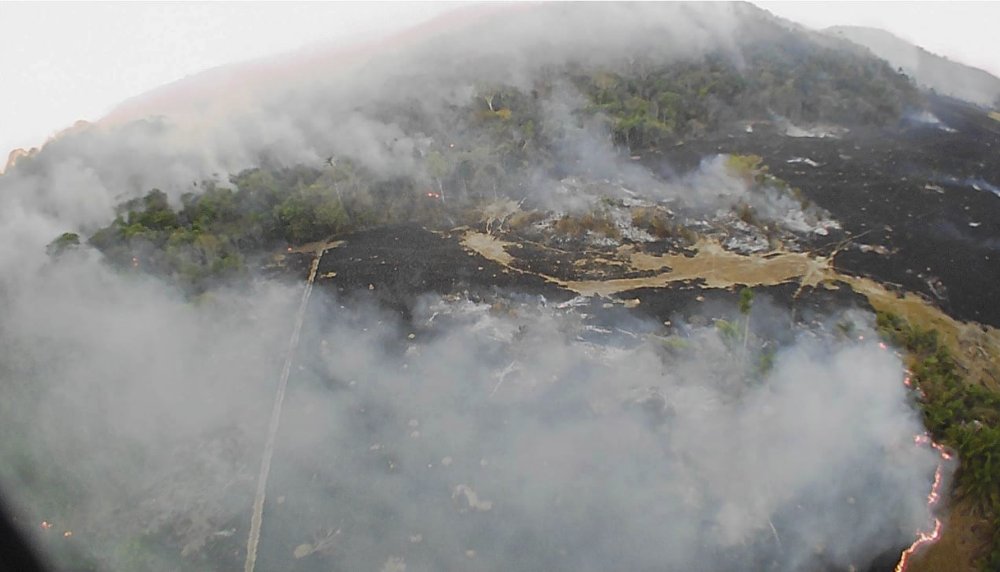 Brazil's Environment Minister, Ricardo Salles, said that the federal government is considering issuing a decree to ban the use of fire during the dry season in the country. According to him, although it is already a "very concrete" possibility, the decree may be restricted to the area of federal environmental conservation units. "We want to do it, but we need to have a legal basis."

So far this year, the world's biggest rainforest lost 1,114.8 sq km, according to preliminary data from the government's satellite monitoring agency. There have been more than 80,000 fires in Brazil, more than half of them in the Amazon rainforest, or an 84 percent increase compared to the same period in 2018, according to the National Space Research Institute (INPE).

The Amazon is the world's largest tropical rainforest, 60% of which is in Brazil, retaining many unique species of plants and animals. Scientists believe 15-17% of the entire Amazon has been destroyed. Researchers say if 20-25% of the rainforest disappears, 200 billion tons of carbon dioxide would be released into the atmosphere, making it harder for the world to keep temperature rises below 1.5 to 2 degrees.

At first, the government thought the disaster was caused by the dryness and the NGOs also made the situation worse. But later, Brazilian President Bolsonaro admitted the illegal deforestation by farmers and land-grabbers in the region was one of the key reasons.

Bolsonaro said his government would take a "zero tolerance" approach to "environmental crime". About 44,000 soldiers have been sent to combat the fires and environmental crimes in the Amazon. Military operations are also being conducted in seven states based on requests from local governments.

Previously, Bolsonaro had said Brazil lacks the resources to fight the fires, but his government is also being accused of ignoring environmental protection. G7 countries offered $22 million to help combat fires in the Amazon rainforest, but hours later, Brazil's government angrily rejected the offer, because of criticism from French President Emmanuel Macron, who also said France would not ratify a huge trade deal with South American nations unless Brazil did more to fight fires in the Amazon.

Brazil said on Tuesday it was ready to accept foreign aid, but only if it could determine how it was spent. "This money, when it enters the country, will have the total governance of the Brazilian people," said Brazilian presidential spokesman Rego Barros.

According to reports, the Brazilian government had also accepted 10 million pounds from the UK to fight the fires, and help from Israel.

The fires are not limited to Brazil, with at least 10,000 sq km burning in Bolivia. Peru and Colombia on Tuesday asked Bolsonaro to attend a meeting next month to discuss the disaster and negotiate a long-term coordinated plan to stop deforestation. The meeting is scheduled to take place in the Amazonian region of Leticia in Colombia on Sept. 6.