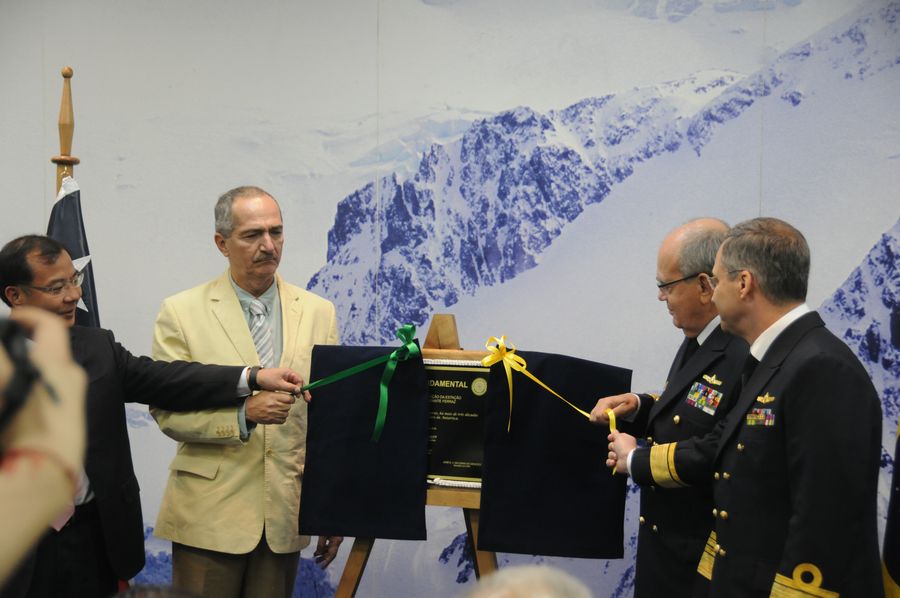 SAO PAULO, Jan. 12 (Xinhua) -- Brazil is set to reopen its Antarctic research station, which was destroyed by fire in 2012 and rebuilt by the China National Electronics Import and Export Corporation (CEIEC), Vice President Hamilton Mourao said on Sunday.

The Comandante Ferraz station on King George Island will be re-inaugurated on Tuesday, Jan. 14.

"We are going to give scientific research in the Antarctic a new impetus," said Mourao, who plans to travel to the region on Monday for the opening ceremony.

Following the destructive blaze, the CEIEC won a public bidding in 2015 that was organized by Brazil's Navy for the site's reconstruction.

Brazil's government invested some 100 million U.S. dollars in the project, according to the Navy's website.

The new station "is a jewel of modern architecture," which will allow Brazil "to maintain our presence among the international scientific community," said Mourao.

The 4,500-square-meter station houses 17 laboratories, 13 more than before, and can accommodate up to 64 people.