Deforestation in the Brazilian Amazon reached a record for the month of May this year, the space research institute INPE said. 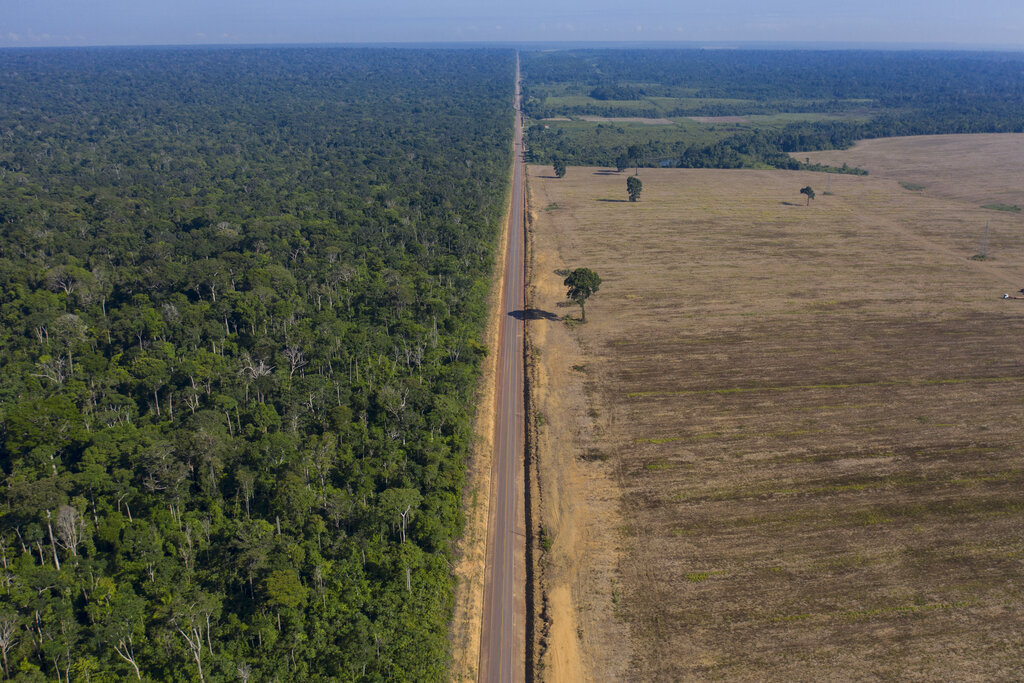 A total of 1,180 square kilometers of the Amazon was lost in May, representing a 41 percent increase compared to the same month in 2020.

It was the third straight month in which such a record was set and raises serious questions over President Jair Bolsonaro's commitments to protecting the rainforest.

"This is worrying because May is the start of the dry season when devastation intensifies in a large part of the Amazon region," said the Observatorio de Clima NGO, which is highly critical of the government's environmental management.

Deforestation figures have been collected by INPE's satellite observation system since 2015.

In April, 580 square kilometers of rainforest were lost.

Since coming to power in 2019, the far right Bolsonaro has promoted the commercialization of the Amazon and described NGOs trying to protect the jungle as a "cancer."

However, he recently pledged to eliminate Brazil's illegal deforestation by 2030, some 10 years ahead of target.

But environmentalists accuse his government of being ignorant and even of sabotaging environmental protection measures.

"It has spent two and a half years dismantling the policies controlling deforestation," said the Observatorio.

The NGO hit out at Environment Minister Ricardo Salles for "paralyzing" the IBAMA inspection body that monitors deforestation.

IBAMA's "leadership has just been removed over suspicions it was operating in favor of loggers," said the NGO.

Salles and other members of his ministry are under investigation by prosecutors over alleged involvement in the export of illegal wood to be sold in Europe and the United States.

From the start of the year until May 28, some 2,337 square kilometers of Amazon rainforest were cut down by the logging and farming industries.

If the increased monthly figures continue in June and July, it would mean an unprecedented fourth record year (from August to July) of deforestation in a row, said the Observatorio.

In the last year from August 2019 to July 2020, 9,216 square kilometers were lost, an area the size of Puerto Rico and a 34 percent increase on the previous year.