BRASILIA, March 2 (Xinhua) -- Brazil's Foreign Minister Ernesto Araujo said Tuesday that it is "absolutely not true" that there is friction between Brazil and China, highlighting sound Brazil-China relations. 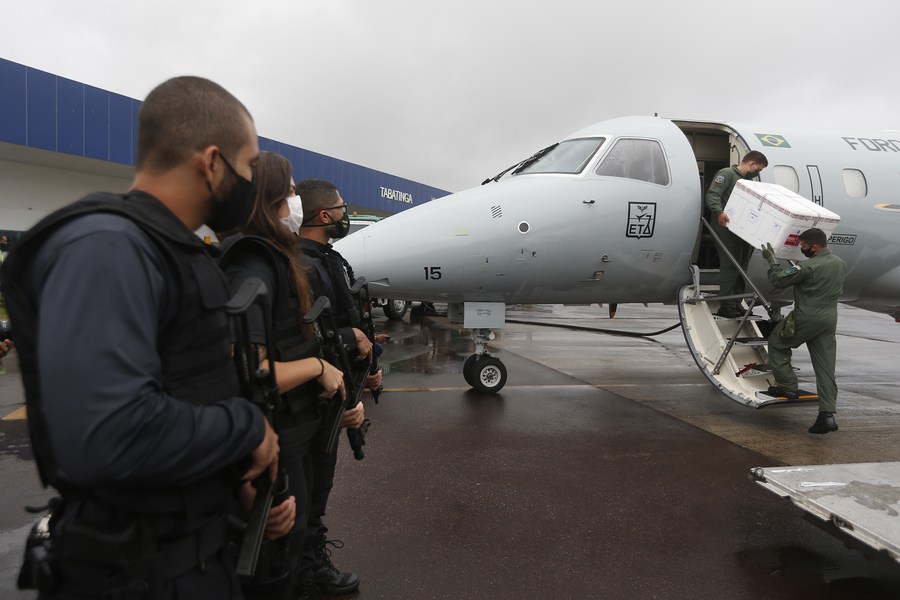 Staff members carry the Chinese vaccine in the city of Tabatinga in the state of Amazonas, Brazil, Jan. 19, 2021. (Photo by Lucio Tavora/Xinhua)

At a press conference at the ministry's headquarters in Brasilia, Araujo stressed the Brazilian government's efforts to improve ties and increase trade agreements with other countries.

Araujo dismissed any unease with China and reiterated the importance of the bilateral ties for both countries.

"Of the world's major economies, Brazil perhaps has one of the best relations with China," he said. "Our relationship is very good, very productive. Trade increased last year, investments continue and vaccine supplies are arriving."

Araujo also noted that Brazil is building "a network of new generation trade agreements," and cited the strengthening of trade with blocs and countries.