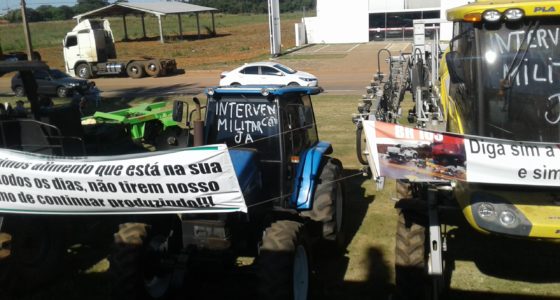 RIO DE JANEIRO, Dec. 17 (Xinhua) -- Brazil on Monday denied the risk of a new wave of nationwide truck drivers' strikes, saying the government had managed to "establish dialogue" with truckers and "propose new solutions every day."

"Today was supposed to be the beginning of a strike, yet there is nothing happening on the roads ... because there is mutual respect between us and our truck drivers," said Minister of Infrastructure Tarcisio Freitas.

"We have our doors open," Freitas said, adding that the government has already held six meetings with trucker leaders this year.

Brazil witnesses a major truck drivers' strike in May last year, which caused significant supply problems in several states in the country, including a shortage of food, medicines and fuel.

Truckers were protesting against the rising prices of fuel, particularly diesel, whose price increased by over 50 percent in 2018.

Last week saw rumors of a new wave of nationwide truck drivers' strikes, which could potentially cause chaos during the holiday season.