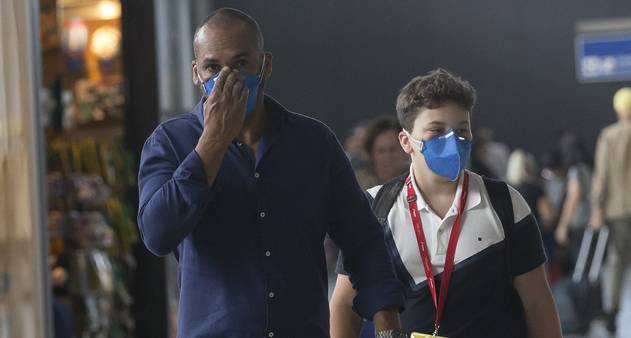 RIO DE JANEIRO, March 13 (Xinhua) -- The Brazilian Health Ministry confirmed on Friday that the number of COVID-19 cases in the country reached 98.

According to the ministry, most patients are quarantined at home, and only 12 patients are currently hospitalized. So far, the majority of the confirmed patients were believed to be infected during trips abroad. The few confirmed infections without recent travel history also had close contact with the infected travelers.

However, the states of Rio de Janeiro and Sao Paulo had the first cases of community transmission, in which it was impossible to trace the origin of the infection.

In those states, schools and universities were closed, mostly for two weeks. Public events like concerts and parades have been suspended until further notice.

Rio and Sao Paulo authorities asked citizens to avoid large gatherings, but many jeered the government recommendation on social platforms saying they have not got the permission to work from home.

Earlier in the day, President Jair Bolsonaro announced that he tested negative for COVID-19. According to TV station Globo, Health Minister Luiz Henrique Mandetta said the president will continue to be monitored and to repeat the test in a week's time.

On Thursday, Bolsonaro's press secretary Fabio Wajngarten, who accompanied Bolsonaro in a trip to the U.S. over the weekend, tested positive for COVID-19, prompting all members of the presidential entourage to be tested as well.

On Friday, two other members of the group, Senator Nelsinho Trad and the business aide of the Brazilian embassy to the U.S., Nestor Forster, tested positive as well.