Clinical trials of CoronaVac, coronavirus vaccine developed by Chinese biopharmaceutical company Sinovac Biotech, have "reached the efficacy threshold" demanded by the World Health Organization (WHO), the Brazilian institute charged with its production and distribution said on Wednesday. 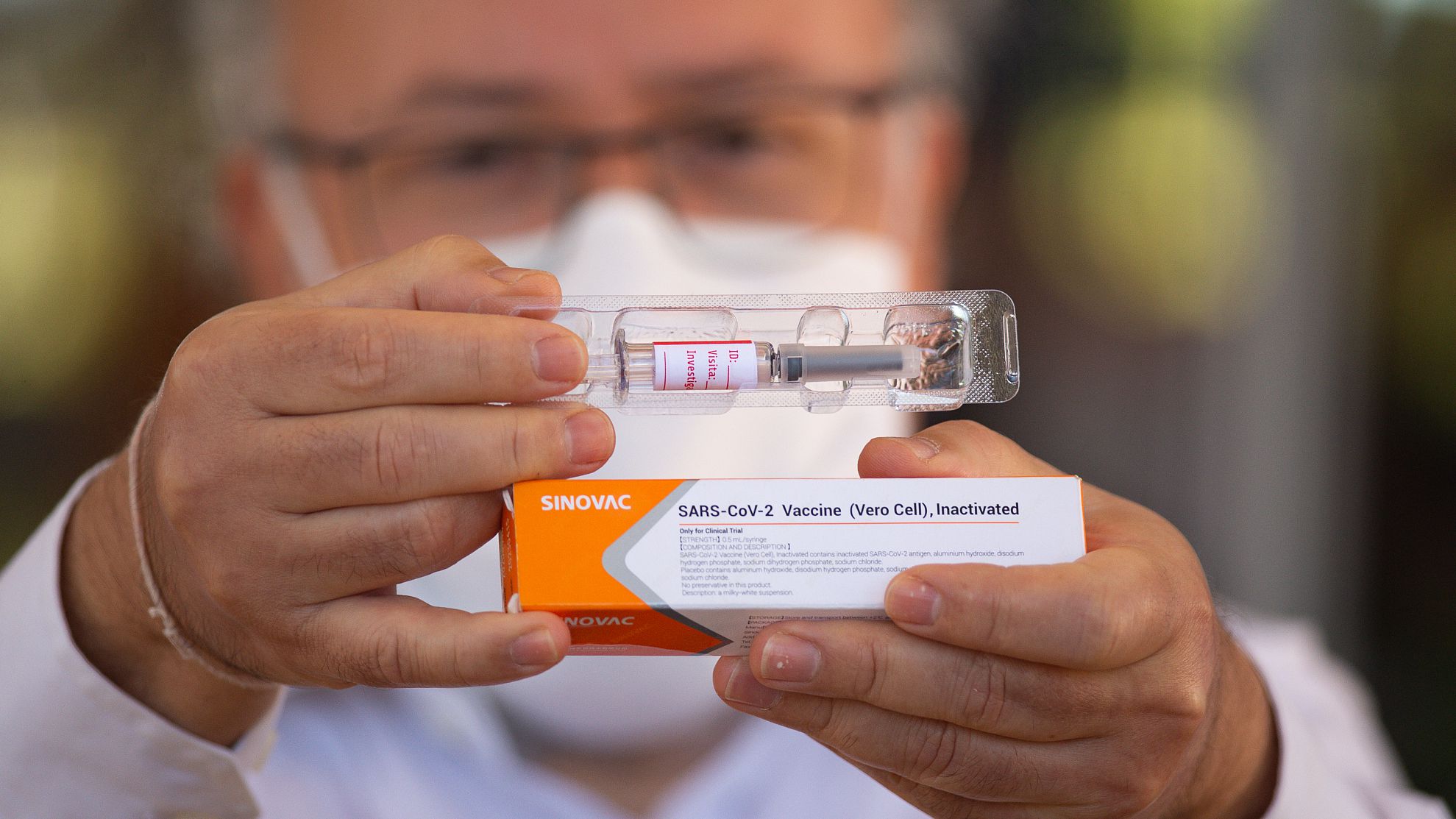 Gustavo Romero, professor at the University of Brasilia and coordinating doctor for tests of the Sinovac Biotech vaccine, shows the vaccine to journalists amidst the COVID-19 pandemic at the University Hospital, Brasilia, Brazil, August 5, 2020. (Photo: CFP)

Butantan Institute Director Dimas Covas said the vaccine has reached the efficacy threshold that allowed them to seek an emergency use authorization from Brazil's Anvisa regulatory agency.

The Butantan Institute didn't publish the results of those trials due to a clause in the Sinovac contract forbiddening doing so until all global clinical trials are completed.

In Brazil, 13,000 volunteers took part in the trials, which were also performed in Turkey, Indonesia and China.

"Our entire program remains unchanged. The production of doses is continuing in our factory and the immunization campaign will begin as expected on January 25," said Sao Paulo Health Secretary Jean Gorinchteyn.

The WHO's efficacy threshold is 50 percent but other laboratories, such as Pfizer and BioNTech that are collaborating on a vaccine that has already been administered to thousands of people in the United States and Britain, have reached 90 percent efficacy.

Brazil has suffered the second largest number of coronavirus deaths in the world after the U.S., with 188,000 dead.