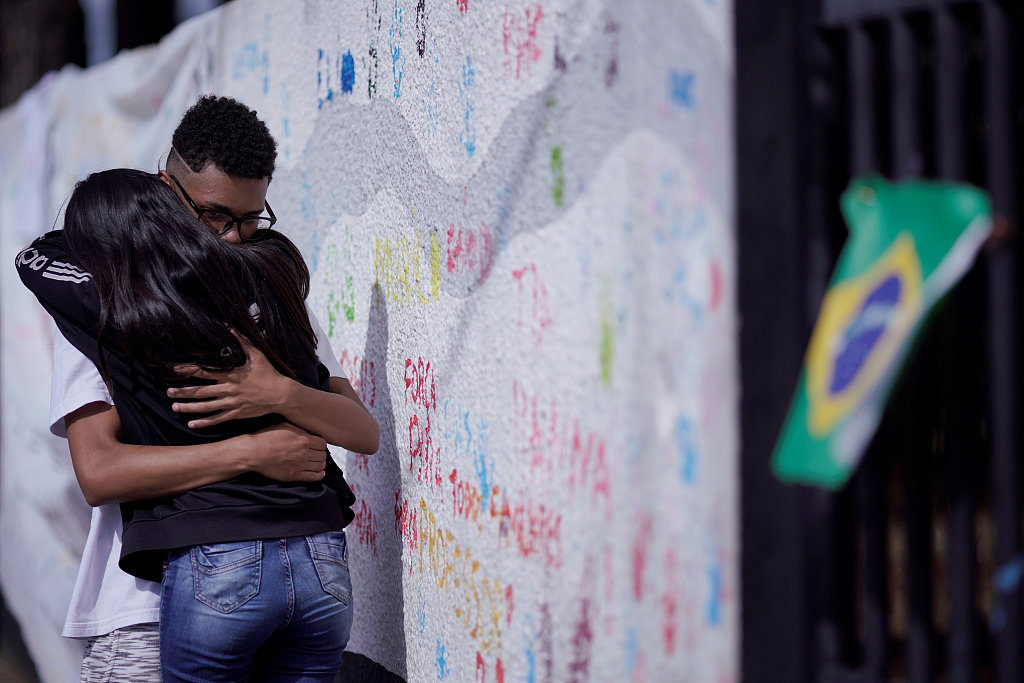 Students cry during a tribute to victims of the shooting at the Raul Brasil school in Suzano, Brazil March 19, 2019. (Photo: VCG)

The 17-year-old man was arrested at his home in Suzano, metropolitan Sao Paulo, and was then transferred into custody of judicial facilities because he is a minor, according to a report by Sao Paulo's Civil Police.

The adolescent made voluntary statements before the court on Thursday but was released after he denied taking part in the attack.

Police investigation, however, uncovered evidence showing his link to the attackers. They discovered messages on his cell phone with the two attackers.

Among the evidence presented by the police was a statement by a teacher, who said earlier this month the young man wrote in a classroom exercise that his biggest dream was committing a school shooting.

The attack occurred when two young men, aged 25 and 17, entered a public school in Suzano, and began firing indiscriminately. The two shooters then killed themselves at the scene.

Three students remain hospitalized, with one in serious condition. Police are still investigating the reason for the shooting.