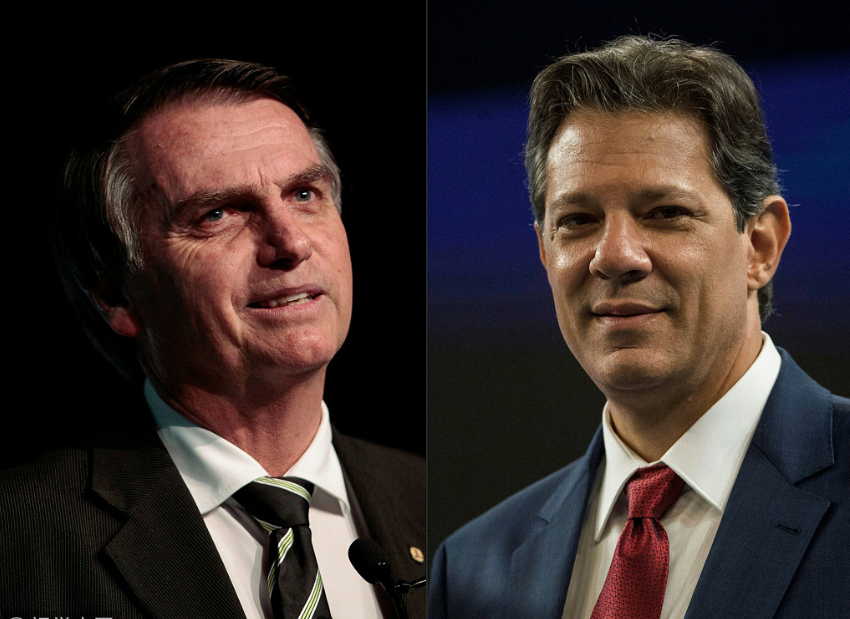 The poll shows a slight reduction in the gap between the two candidates - in the first poll published on Oct. 15 when Bolsonaro had 59 percent of valid votes and Haddad had 41 percent.

Ten percent of respondents said they will vote null, up from nine in the previous poll, and undecided voters rose from two to three percent.

In the first round of elections, Bolsonaro had 46 percent of valid votes, while Haddad had 29 percent.