BRASILIA, Aug. 21 (Xinhua) -- Brazil's President Jair Bolsonaro on Wednesday blamed non-governmental organizations (NGO) for increasing wildfires in the Amazon rainforest in the country's north, but his claim was refuted by environmentalists.

Bolsonaro said in a Facebook Live broadcast that NGOs set fires in the Amazon, but gave no evidence.

The remarks enraged environmentalists who argued that the surge of fires in several Amazonian states this month was caused by farmers clearing land. 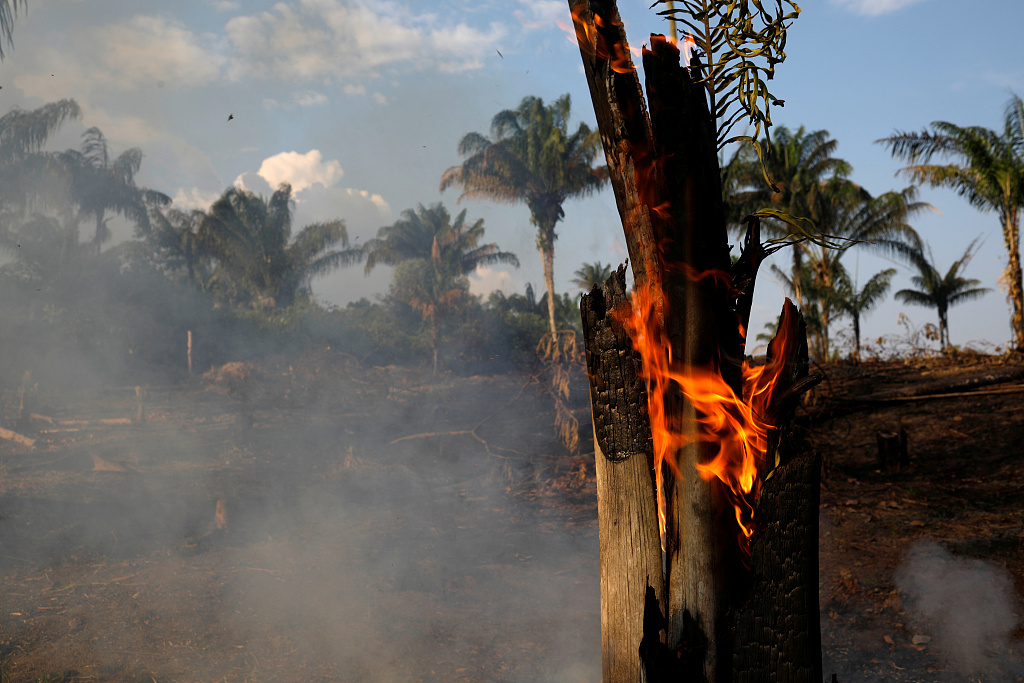 A tract of Amazon jungle is seen burning as it is being cleared by loggers and farmers in Iranduba, Amazonas state, Brazil August 20, 2019. (Photo: VCG)

The government's anti-environmental policy fuelled deforestation and burning, they said.

Data from the National Institute for Space Research show that the number of forest fires in Brazil soared by 82 percent from January to August this year compared to the same period last year.

Alberto Setzer, a researcher at Inpe, said that all the fires are the result of human activity, some of which are accidental while others intentional.