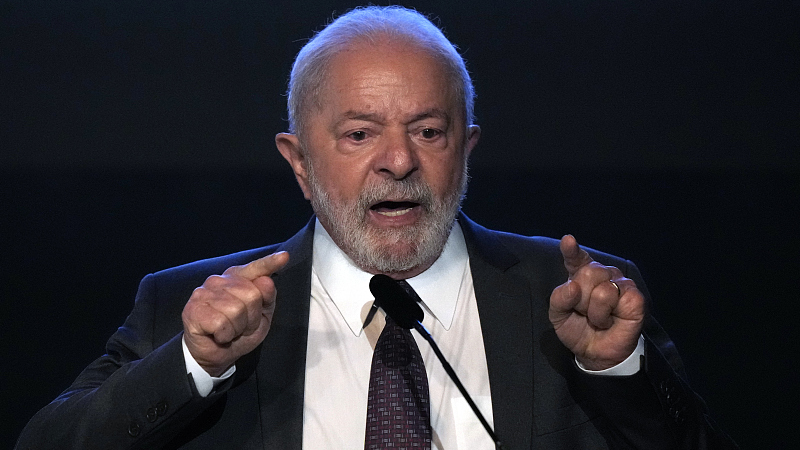 Brazilian President Luiz Inacio Lula da Silva arrived in Argentina on Sunday night in his first trip abroad since assuming office on January 1. The purpose of his visit is to strengthen bilateral relations and to participate in the Community of Latin American and Caribbean States (CELAC) Summit.

Lula will attend the CELAC summit on Tuesday alongside a number of heads of state in the capital Buenos Aires. On the sidelines of the summit, the Brazilian president will also meet with Argentine President Alberto Fernandez and Vice President Cristina Fernandez to reactivate cooperation and dialogue that were suspended by former Brazilian President Jair Bolsonaro.

According to a statement from the Government of Alberto Fernandez, the both sides have decided to advance in the discussions on a common South American currency aimed at driving regional business and reducing reliance on the U.S. dollar.

"We intend to overcome the barriers to our exchanges, simplify and modernize the rules and encourage the use of local currencies," the two presidents said in a joint article they penned and published on the Argentine website Perfil.

The idea of a common currency was raised originally in an article written last year by Fernando Haddad and Gabriel Galipolo, now Brazil's finance minister and his executive secretary, respectively, and was mentioned by Lula during the campaign.

Earlier in the day, the Financial Times reported that politicians from both countries have discussed the idea already in 2019, but met with pushback from Brazil's central bank at the time. But the two neighboring nations will announce this week they are starting preparatory work on a common currency and an official announcement was expected during Lula's visit to Argentina, the report added.

The two leaders, in the joint article, also emphasized strengthening the Mercosur trade bloc, or the Southern Common Market, which includes Argentina, Brazil, Paraguay and Uruguay, and has been abandoned in recent years.

"Together with our partners, we want Mercosur to constitute a platform for our effective integration into the world, through the joint negotiation of balanced trade agreements that respond to our strategic development objectives," both presidents said.

Argentina's Foreign Minister Santiago Cafiero described Lula's visit on Twitter as a "great boost for our bilateral relationship" and highlighted the Brazilian leader's "commitment to strengthening Mercosur and CELAC."

Lula and Fernandez are also expected to discuss a gas pipeline to Brazil, condemn all forms of anti-democratic extremism and political violence, and discuss issues related to the fight against hunger and poverty, health, education, sustainable development, confrontation with climate change and the reduction of inequalities.

Lula chose Argentina for his inaugural international trip since taking office, keeping with the tradition of first visiting Brazil's largest trading partner in the region. That follows four years of tense relations during the government of Bolsonaro.

Lula's trip to neighboring Argentina also marks the return of Brazil to the CELAC, which Brazil left in 2019 under order from Bolsonaro who refused to participate in the regional group due to the presence of Cuba and Venezuela.

Both presidents emphasized the need for a good relationship between Argentina and Brazil to strengthen regional integration, according to their joint article.