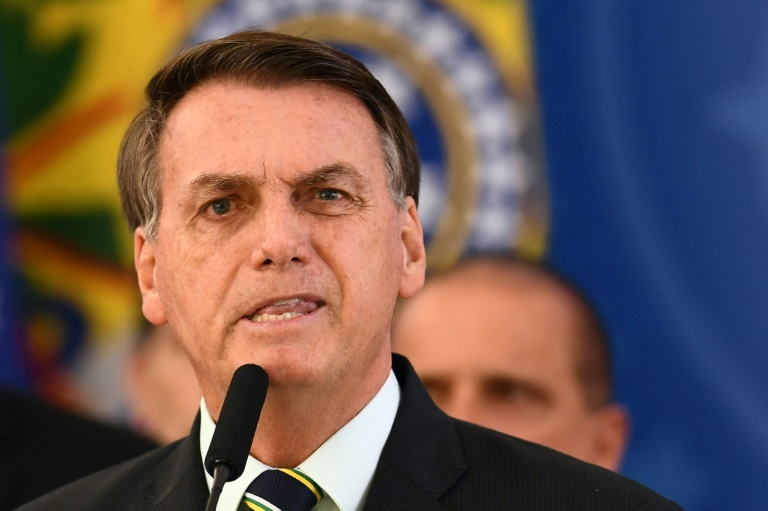 BRASILIA, May 4 (Xinhua) -- Brazilian President Jair Bolsonaro has appointed Rolando Alexandre de Souza as the new director general of the Federal Police (PF), according to a decree published on Monday in a special edition of the Official Gazette.

De Souza's nomination was made official five days after Supreme Federal Court (STF) judge Alexandre de Moraes suspended Alexandre Ramagem's nomination for the position, calling his nomination an alleged "deviation from purpose," as Ramagem is a friend of the president's children and was the head of Bolsonaro's security team during his campaign and through his inauguration.

Ramagem was initially selected by Bolsonaro to replace Mauricio Valeixo, a man trusted by the former Minister of Justice and Public Security, Sergio Moro.

Moro resigned in protest on April 24 over the dismissal of Valeixo, accusing Bolsonaro of trying to interfere in the PF, which has caused the most serious political crisis since the president assumed power in January 2019.

Alexandre de Souza is a career officer and also held leadership positions in the Division of Combating Financial Crimes within the PF.

In September 2019, Alexandre de Souza became Secretary of Planning and Management for the Brazilian Intelligence Agency at the invitation of Ramagem.