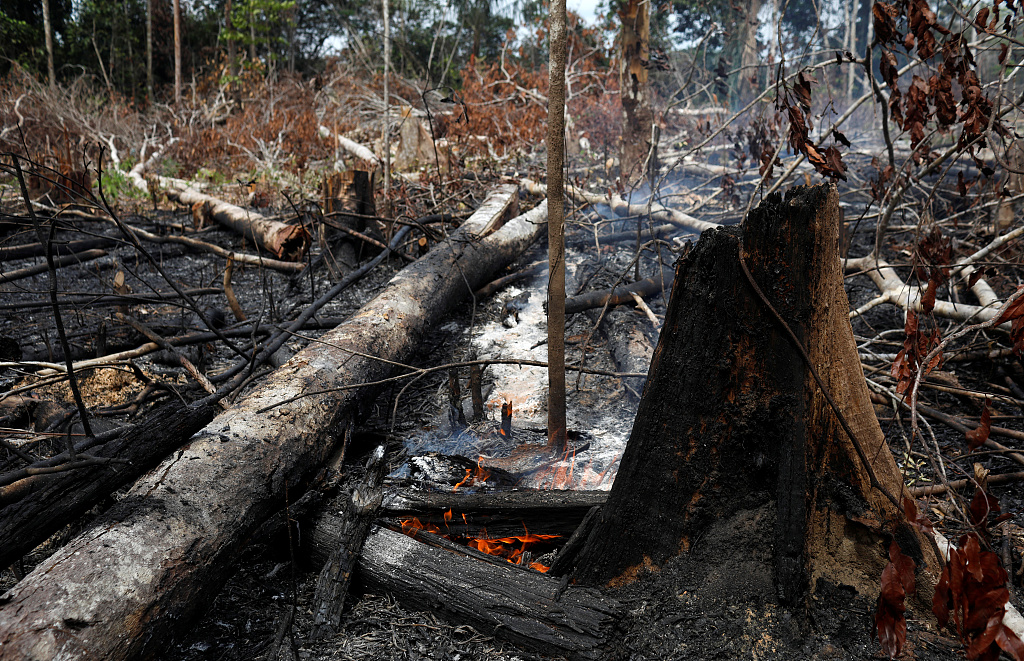 A tract of Amazon jungle burns as it is being cleared by loggers and farmers in Novo Airao, Amazonas state, Brazil August 21, 2019. (Photo: VCG)

In a speech broadcast on TV and radio, the president said his administration has "zero tolerance" of crimes in general and he will not act differently in the environmental area. He also announced his decision to allow the use of Armed Forces troops and resources to help put out the fires.

”The Armed Forces troops and resources will be used not only for fighting illegal activities but also for containing the advance of fires in the region," he said.

In the speech, he attributed the fires to the dry season in the Amazon rainforest region, a change from his previous stance.

Earlier this week, the president blamed non-governmental organizations for setting the fires deliberately in order to damage the economy and affect his administration without giving proof. Later, he said it was possible that local farmers set the fires for more pastures.

The Amazon rainforest fires have raised international concerns. Leaders of several European countries have expressed their worries about them.

French President Emmanuel Macron called the situation an international crisis and said the subject will be discussed in the meeting of the Group of Seven in southern France.