RIO DE JANEIRO, Aug. 24 (Xinhua) - Brazilian President Jair Bolsonaro said on Saturday that the Amazon rainforest now "is not burning as people say," in a bid to assuage global concerns over raging fire in the region. 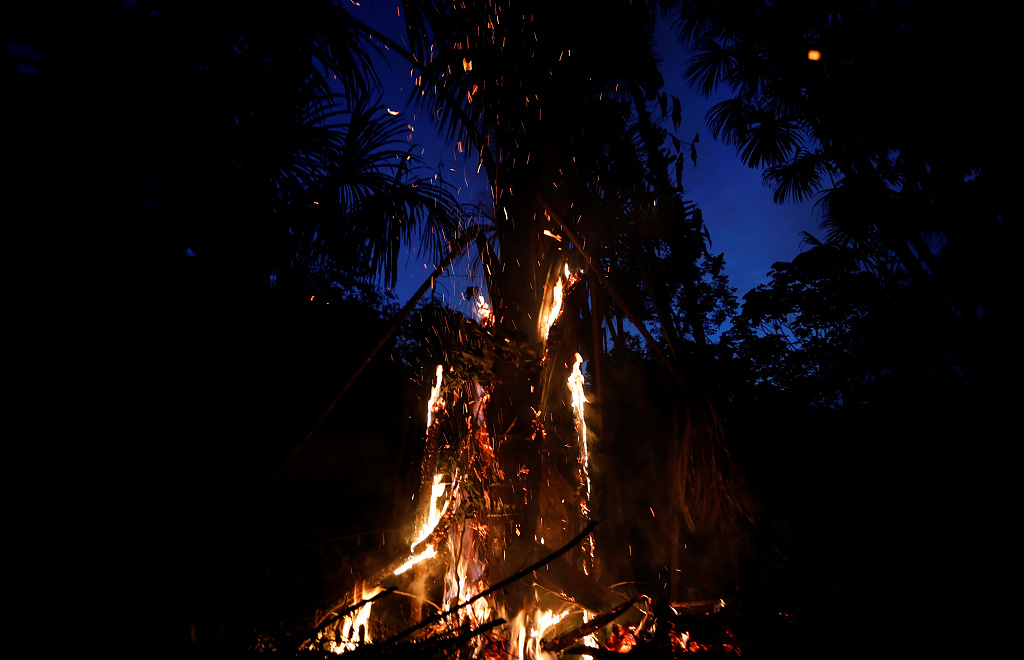 "Our units have started working in the region. Now, the forest is not burning as people say. The fire occurs (in the area) where people deforest," the president told reporters.

The average number of fires recorded this year in Brazil, Bolsonaro said, is lower than those in the past few years, and the situation, which has caused international attention, "is moving towards normality."

Data from the Brazil's National Institute for Space Research (Inpe), however, showed that the number of forest fires in Brazil soared by 82 percent from January to August this year from a year ago, and over half of those fires occurred in the Amazon rainforest.

Brazil owns about 60 percent of the Amazon rainforest, which covers an area of some 5,500,000 square km in South America. Scientists and environmental groups are worried that the fires will aggravate climate change crisis and threaten biodiversity.

Bolsonaro on Friday mobilized the military and 40 million reals (9.71 million U.S. dollars) to battle the fires, saying that the amount was small, and some of the fires "seemed to be arsons."

Bolsonaro said that he is considering calling the Brazilian ambassador to France to express his disagreement over French President Emmanuel Macron's criticism of his government's actions in fighting Amazon fires. He meanwhile left open the possibility of a dialogue with Macron as long as the latter approaches him first.

Leaders from other countries have offered Brazil their support to battle the fires, Bolsonaro added.

Macron previously called the Amazon fires an international crisis and the leaders of the Group of Seven nations should hold urgent discussions about them at their summit in France.