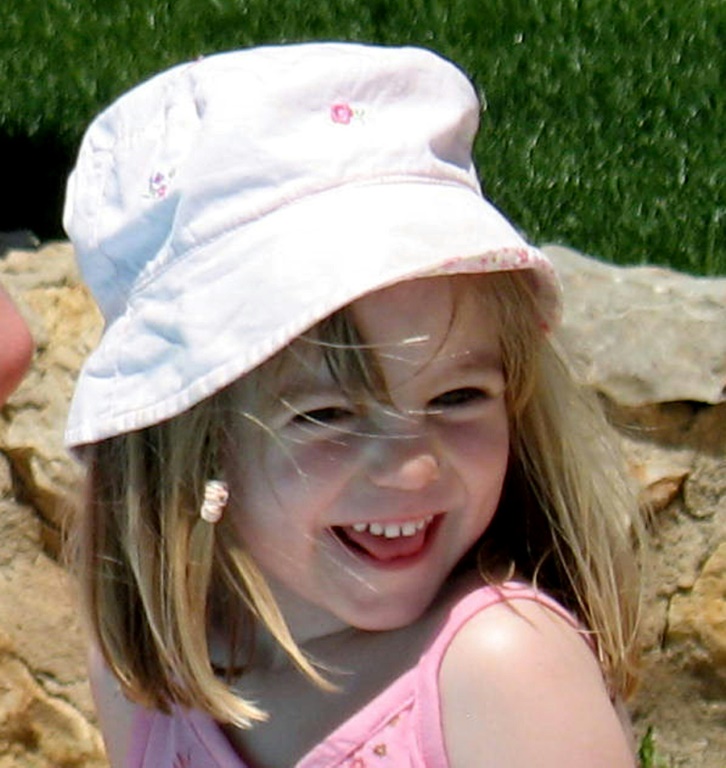 The family of missing British girl Madeleine McCann on Thursday called an international appeal about a new suspect in the case "significant", raising hopes of a potential breakthrough in the long-running saga that has captured public attention for more than a decade.

Madeleine, aged three, vanished from the family's holiday apartment in southern Portugal in 2007, sparking a huge investigation, global interest -- and a slew of theories about what might have happened to her.

Detectives in Britain and Germany announced on Wednesday night that a 43-year-old German man with a history of child sex abuse was now a prime suspect.

"Biggest break yet in search for Madeleine," said the Daily Telegraph, one of six national British newspapers to have the story on their front pages.

The Daily Mail asked: "Have they found man who took Maddie?"

Clarence Mitchell, a spokesman for Madeleine's parents Kate and Gerry, said the couple -- both doctors -- were "grateful and welcome" the new appeal for information.

"They have not given up hope of finding Madeleine alive, despite the length of time -- they've never given up that hope.

"But they are realistic and they say that whatever the outcome of this appeal and the police work, they do need to know because they need to find peace."

On Wednesday, detectives told reporters the new suspect was identified in May 2017, after an appeal for information on the 10th anniversary of the little girl's disappearance.

He was among more than 600 people previously identified as "potentially significant" but was not a suspect in the case then, the force said.

Later that year the Met alerted their German counterparts, and police in Portugal were also contacted.

The authorities in the southern Portuguese region of Faro confirmed on Wednesday evening they were working with UK and Germany police, including speaking to witnesses.

Germany's federal criminal agency said the suspect is serving a "long prison sentence" for an unrelated matter and has previous convictions for child sexual abuse.

Described as white with short blond hair in 2007, the man was about six feet (1.82 metres) tall, with a slim build.

He regularly lived between 1995 and 2007 in the Algarve -- the same region as the Praia da Luz resort town the girl disappeared from -- and did occasional jobs in the area.

"There is information suggesting that he also earned his living by committing criminal offences, such as burglaries of hotel complexes and holiday flats, as well as trafficking in narcotic drugs," German police said.

Police have released details and images of two vehicles the suspect was known to have used as well as two phone numbers linked to him.

Officials believe he was living in one of the vehicles, a "distinctive and slightly unusual" VW camper van, at the time of Madeleine's disappearance.

They say the registration of his other vehicle, a dark coloured Jaguar XJR 6 which bore a German plate from the city of Augsburg, was changed remotely the day after she vanished.

Meanwhile, police add a mobile phone number belonging to the suspect held a 30-minute call in Praia da Luz around an hour before Madeleine was last seen.

"Somebody knows something," said Mark Cranwell, the UK's lead investigator, as he appealed for information.

"There has never been something as clear-cut as that from not just one, but indeed now three, police forces," he said.

"They simply want to establish what happened to their daughter, to find out the truth and to bring whoever was responsible for her disappearance to justice," he said.