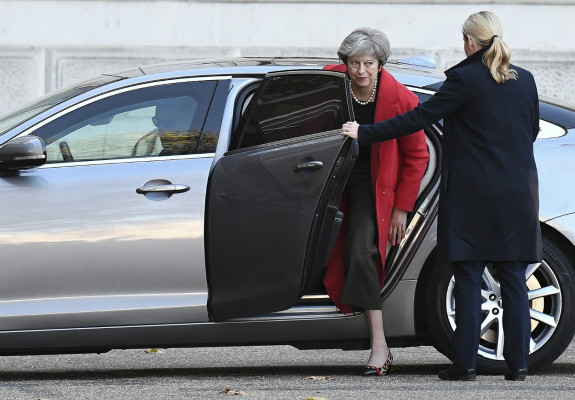 British Prime Minister Theresa May arriving at the back door of Number 10 Downing Street on November 13, 2017 in London, England.  【Photo: VCG】

British and European Union Brexit negotiators have reached agreement on a deal for all Irish issues, including the maintenance of regulatory alignment on the island to avoid a hard border, two Irish government sources told Reuters.

"Agreement has been reached on an overall deal for the Irish issues," one of the sources said.

"The key phrase is a clear commitment to maintaining regulatory alignment in relation to the rules of the customs union and internal market which are required to support the Good Friday Agreement, the all-island economy and the border."