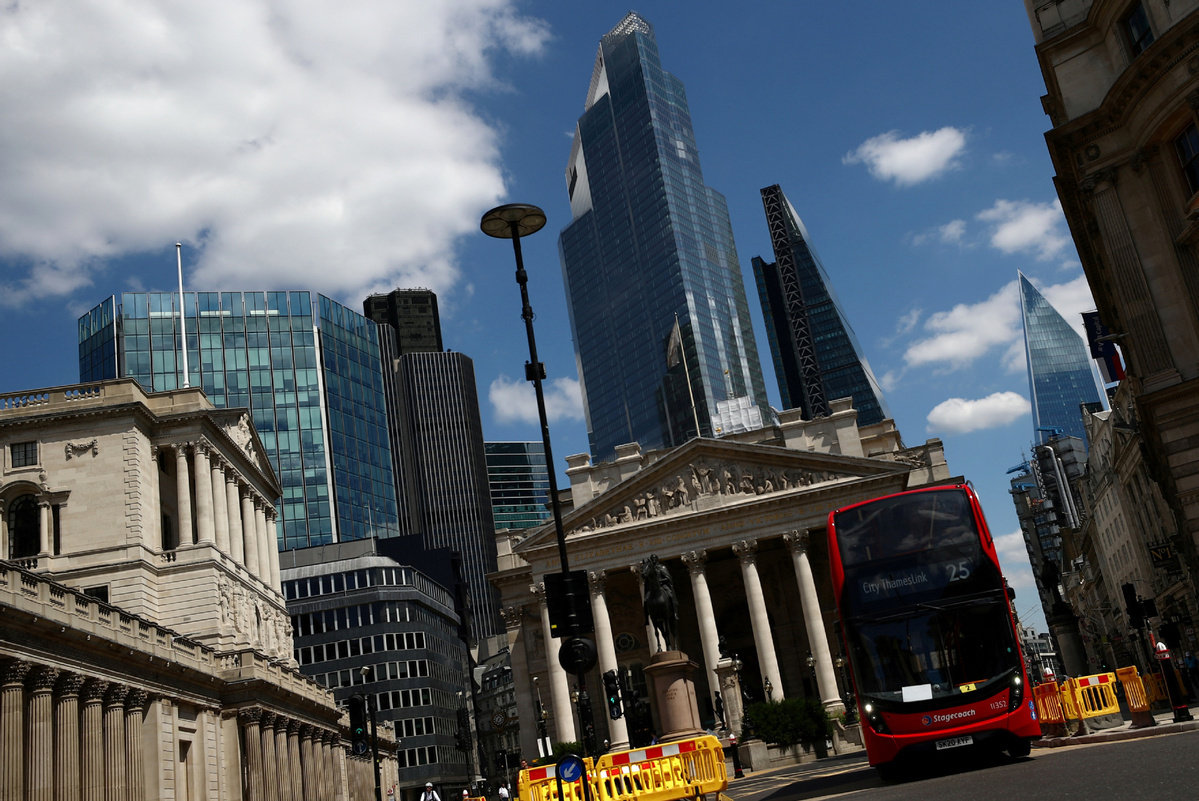 A bus drives on an almost empty street in the financial district of London on July 17, 2020. (Photo: Agencies)

Britain's financial services sector must wait to find out precisely how the Brexit trade deal agreed between the United Kingdom and the European Union before Christmas will affect its future, after the European Commission said it would wait to see how Britain planned to do things differently before deciding how to proceed.

The two sides have agreed that decisions regarding access to one another's financial services markets will be subject to the equivalence system, which Brussels currently applies to other significant non-EU financial markets, like Singapore and New York.

This is based on each side accepting the other's regulations as equivalent to their own, but is subject to a 30-day notice of withdrawal, and only has limited scope.

In an explanatory note published on Thursday, the commission said it would not be rushed into making further judgment until it was clear what rules UK planned to play by.

"A series of further clarifications will be needed (from Britain), in particular regarding how the UK will diverge from EU frameworks after 31 December," the note said.

"For these reasons, the commission cannot finalize its assessment…and therefore will not take decisions at this point in time. The assessments will continue."

The deal is more than 1,200 pages long. The lateness of its agreement in the transition period means that politicians in Westminster and Brussels have the briefest of windows of opportunity to study it, before being asked to ratify it.

Joel Hills, the business and economics correspondent of ITV News, tweeted that "the word fish, an industry that creates £446 million ($602 million) of gross value and employs 12,000 people, appears 368 times in the deal … financial services (which adds £132 billion and supports 1.1 million jobs) appears 90 times."

The absence of detailed clarification means Britain's financial services sector will start the new year with reduced access rights compared to the likes of Singapore, and subject to more complex rules.

In an interview with The Sunday Telegraph, British Prime Minister Boris Johnson admitted the agreement "perhaps does not go as far as we would like" on financial services. Chancellor Rishi Sunak said he was optimistic about a good working relationship, but did not go into any detail.

"This deal also provides reassurance because there's a stable regulatory cooperative framework mentioned in the deal," he said. "I think that will give people that reassurance that we will remain in close dialogue with our European partners when it comes to things like equivalence decisions."

The Financial Times reports the UK had wanted the agreement to include terms giving it an enhanced version of equivalence, including greater warning and negotiation before its possible withdrawal, similar to those enjoyed by Japan in its dealings with the EU.