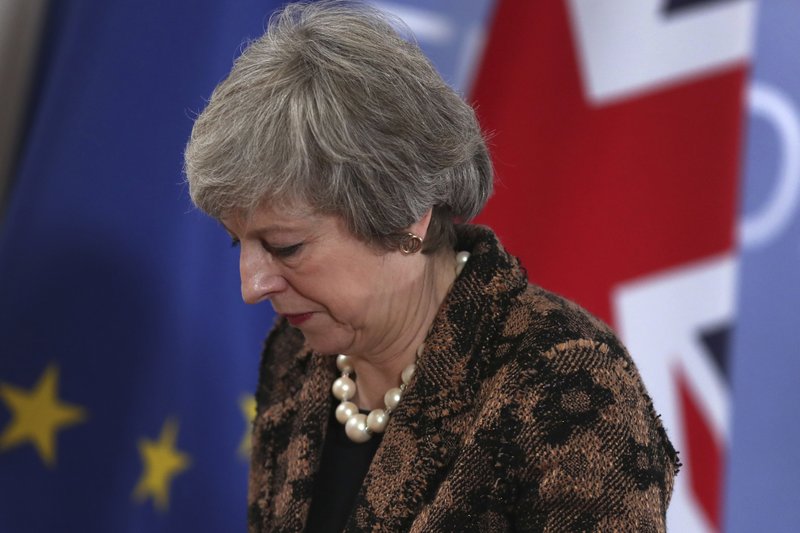 The Brexit debate needs a change of tone, the Church of England’s bishops said Saturday, calling for national unity following a week of divisive discussions around Britain’s efforts to leave the European Union.

The Anglican leaders urged politicians and the public to insert civility into the debate amid intense discussions over Prime Minister Theresa May’s Brexit deal. Amid turmoil, the bishops offered prayer.

“We urge everyone - our political leaders and all of us - to bring magnanimity, respect and reconciliation to our national debate,” the bishops said. “There is now an urgent need for the United Kingdom to recover a shared vision and identity to help us find a way through the immediate challenges.”

The statement reflected the tensions in Britain following a week of dizzying drama in politics. Parliament was supposed to vote on the deal this week, but May postponed it after it became clear that lawmakers would decisively reject it. Anger at the postponement triggered a no-confidence vote in May’s own Conservative Party. She won, but her power was eroded because a third of her party’s membership revolted against her.

She scurried off to Brussels in hopes that EU leaders would help her deal with some of the objections. EU leaders showed some sympathy but little desire to resolve May’s Brexit impasse — saying it is up to the UK Parliament to decide.

The Brexit deadlock has left Britain’s future course unclear. There could be Brexit with no deal. Britain could make a last-minute request to the EU to give it more time. There’s also the possibility of a second referendum on Britain’s EU membership.

But with many options and little time before Britain is set to leave the bloc on March 29, May’s critics — like former minister Jo Johnson — are accusing her of “running down the clock.” May’s Downing Street office says the parliamentary vote will now be held next year; Johnson said it should be next week.

“Number 10 could try to leave that vote until the very last minute, effectively, giving the country, giving Parliament no choice at all, except between her deal ...and no deal at all,” he told the BBC. “That’s an unacceptable choice for Parliament.”

Work and Pensions Secretary Amber Rudd, meanwhile, appealed for cross-party consensus because Brexit was “in danger of getting stuck.” Writing in the Daily Mail newspaper, she said it was time to “abandon outrage and accusations” and “try something different.”

“These may not be words to make the heart beat faster, or fill the soul with excitement - but they are what’s needed in a country that has seen everything from families to political parties split down the middle and that now needs some Brexit certainty,” she wrote.

May had sought legally binding changes to the agreement from EU ministers, but the 27 other EU leaders offered only reassurances. They said they would quickly try to construct a new trade deal and pledged that a legally binding insurance policy to keep the Irish border open would only be used temporarily.

But the EU leaders rebuffed British pressure to put a fixed end date on the border guarantee, and refused to re-negotiate the 585-page legal text settling issues of the divorce.

May has doggedly insisted she will secure enough changes to get Parliament’s approval in a vote before Jan. 21 in hopes of avoiding a disorderly Brexit. Bank of England Gov. Mark Carney has predicted UK consumers could see their weekly supermarket bills go up by 10 percent in a worst-case Brexit scenario involving a 25-percent fall in the value of the pound.