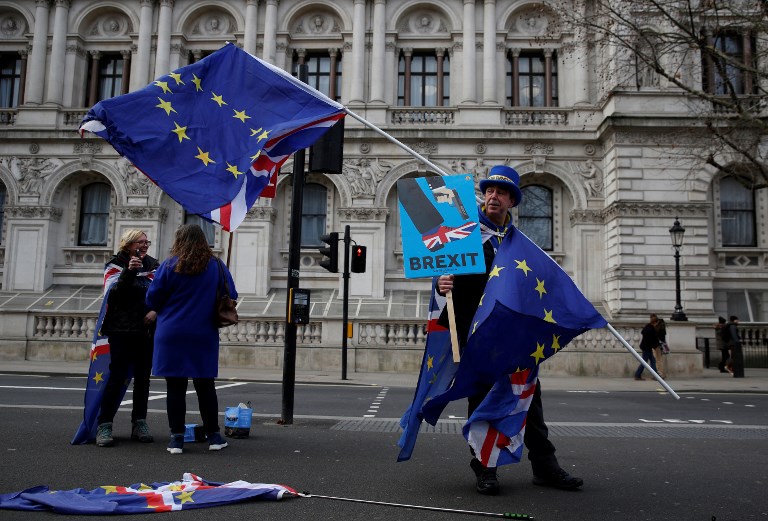 The percentage of firms reporting an increase in domestic sales and orders in the country's key services sector weakened to the lowest level in two years at the end of 2018, according to the British Chambers of Commerce's (BCC) quarterly survey of 6,000 firms.

Businesses, particularly in the manufacturing sector, also reported an increase in price pressures, partly blamed on the weakening of the pound amid Brexit uncertainty.

"The marked increase in cost pressures for businesses in the quarter suggests that inflation will be higher over the near term, with the continued weakness in sterling maintaining the upward trend on the cost of imported raw materials," added Thiru.

Four-fifths of manufacturers reported difficulties in recruiting staff -- the joint highest level since the survey began in 1989.

"Brexit is hoovering up all of government's attention and resources, but it's far from the only cause of uncertainty," said Adam Marshall, Director General of the BCC.

"Given the magnitude of the recruitment difficulties faced by firms clear across the UK, business concerns about the government's recent blueprint for future immigration rules must be taken seriously –- and companies must be able to access skills at all levels without heavy costs or bureaucracy."

The government is looking to cut immigration from the EU by 80 percent after Brexit.

The BCC chief urged the government to provide clarity to companies, warning they were "understandably holding back on spending and making big decisions about their futures".

"The government's absolute priority now must be to provide clarity on conditions in the near term and avoid a messy and disorderly Brexit," he said.

"Business communities won't forgive politicians who allow this to happen, by default or otherwise."