Brexit talks over: UK Labour leader calls time on discussions with PM May 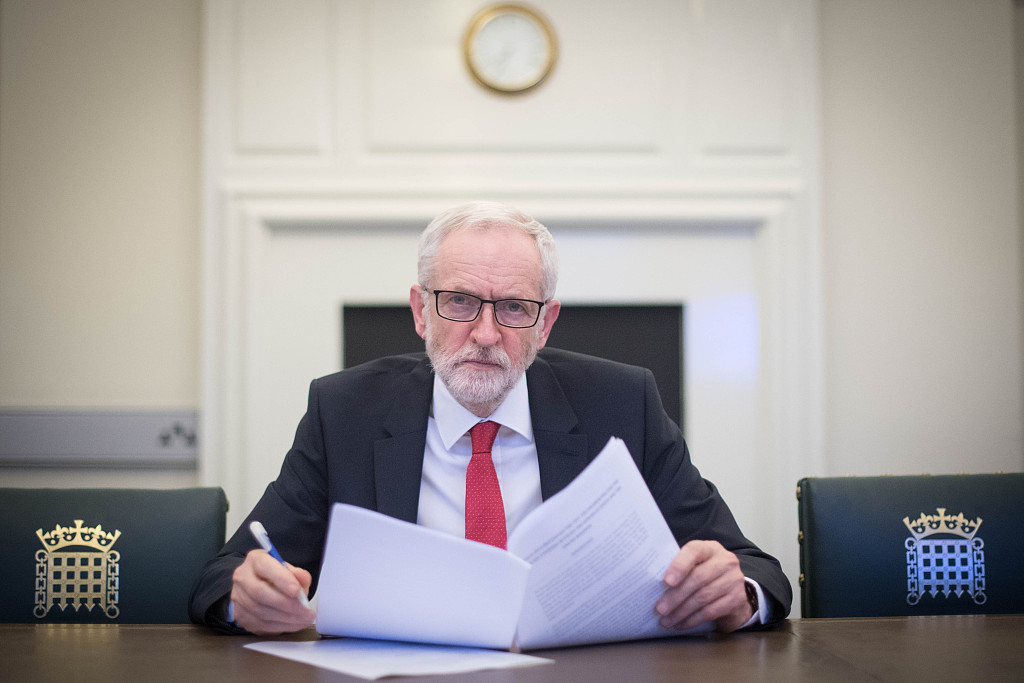 Britain's main opposition Labour Party leader Jeremy Corbyn poses with a copy of the Political Declaration setting out the framework for the future UK-EU relationship, in his office in the Houses of Parliament in London on April 2, 2019. (File photo: VCG)

LONDON - Britain's opposition Labour Party leader Jeremy Corbyn has written to Prime Minister Theresa May to say talks over breaking the Brexit impasse "have gone as far as they can go" because of the instability of the government.

Corbyn said the Conservative Party's moves towards selecting a new leader means the government has become "ever more unstable and its authority eroded" undermining confidence in the "government's ability to deliver any compromise agreement".