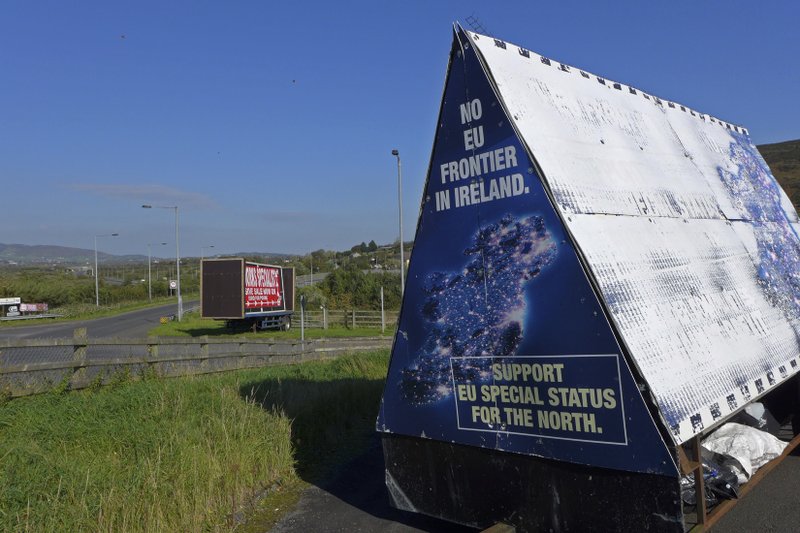 The leaders largely confirmed and reinforced goals set forth in the conclusions of the June 2018 summit.

The ticking clock on Brexit negotiations, however, led the topic to dominate discussion around the European Summit, while leaders tried to maintain steady progress on the migration issue and improve internal security in a climate where cyber security continues to grow as an international concern.

Two days before the European Summit, Brexit talks seemed to have reached a standstill. The EU's insistence on a fail-safe for the issue of the Northern Irish border appeared to leave British Prime Minister Theresa May without negotiating options.

No proposal seems to have been tabled that would respect the Good Friday Agreements which ban a hard border between Northern Ireland and the Republic of Ireland without either running afoul of hardliners in May's governing coalition or of the European demand for a backstop.

European Council President Donald Tusk said he had little cause for optimism Tuesday, and that the UK needed to come up with "creative solutions" to make progress, but that he would ask Theresa May for "concrete proposals" at the Summit.

News broke, meanwhile, from both France and Germany, confirming Wednesday that both countries were preparing for a "no-deal" scenario.

If the need for solutions was high, the British prime minister's Wednesday evening presentation to European leaders did not impress, with European Parliament President Antonio Tajani saying he "did not perceive anything substantially new in content".

The joint position published by the Summit at the conclusion of its Brexit talks only confirmed the bloc's "full confidence in Michel Barnier", the EU lead negotiator, and noted that "not enough progress has been achieved" in talks.

Barnier himself said Wednesday that "we need time, we need much time, much more time", to make progress over the Brexit divorce terms.

Hints that more time would be available did come out of the Summit, however, as Theresa May indicated that she would be willing to consider an extension of the proposed transition period, with British and European commentators speculating on it being extended to a full three years, instead of the original 21-month proposal.

While European leaders gave indications they would be willing to consider an extended transition period, the topic did not make it into the official joint position of the Summit, and critics argued the move would do nothing to address the still-unresolved issue of the Northern Irish border.

European leaders also tackled the topic of migration on Thursday, an issue that has troubled the EU since 2015 when a million migrants arrived on the continent fleeing conflict and other disruptions in their home countries.

The Summit joint position did note that, according to their data, illegal border crossings into the EU had been reduced by 95 percent since its 2015 peak.

The Summit called for increased cooperation with both countries of origin and transit, focusing particularly on North African countries.

"We noted in particular the need to closely watch the situation in the Western Mediterranean, and in this context, to strengthen our cooperation with Morocco, as recommended by (Spanish) Prime Minister (Pedro) Sanchez," said Tusk in a press conference after the summit.

Attention was also given to stopping migrant smugglers, with a fight to increase coordination with non-EU countries, the creation of a joint task force at Europol's European Migrant Smuggling Center, and better monitoring and disruption of online communications by smugglers.

A series of recent European Commission proposals on migrant returns, a European asylum agency, and the European border and coast guard were flagged by European leaders as issues the European Parliament and European Council should examine with priority.

The leaders also urged Austria, which currently holds the Presidency of the European Council, to continue efforts to develop reform proposals for the European asylum system, currently regulated by the rules known as the Dublin III Regulation.

Internal security also made the agenda, with leaders particularly concerned after recent cyber attacks against the Organization for the Prohibition of Chemical Weapons (OPCW) in The Hague.

In response, along with other modes of reinforcing cooperation across the EU, leaders called for further strengthening of the EU's deterrence, resilience and response to hybrid, cyber as well as chemical, biological, radiological and nuclear (CBRN) threats.

"In this context, we ask ministers to work on a sanctions regime that will be specific to cyber attacks. Such a regime should help to protect our citizens, companies and institutions from all sorts of cyber security threats," said Tusk in his remarks after the Summit.

The European Council also stressed the need for a wide range of measures to build stronger cyber security, prevent and respond to radicalization and terrorism, face challenges presented by technological developments, and increase crisis management capacity.

Ahead of 2019 European elections, leaders also called for a speedy follow-up on European Commission proposals to combat disinformation, pushing for an action plan for a coordinated EU response to be presented by December 2018.