WORLD Brexit vote: Six scenarios, and what could happen next

Brexit vote: Six scenarios, and what could happen next

British MPs are due to vote on Prime Minister Theresa May's Brexit deal – and amendments to it – on Tuesday evening, seeking a way to break the deadlock.

A delayed Brexit, an attempt to bring down the government, even a surprise victory for May could be on the agenda as a day of high drama – with an array of possibilities – lies ahead.

What will happen on Tuesday evening? Here are six possible scenarios.

A victory for May has almost been discounted, such has the opposition been to her deal. However, some Brexit skeptics have renounced their opposition and said they will back the agreement to avoid a no-deal. And a trickle of hardline Brexiteers are also expected to support May, because they fear the direction of travel is moving towards no-Brexit.

Winning the vote would be a momentous achievement for May, although there still may not be time to guide Britain through the EU exit door before March 29.

MPs can put forward amendments ahead of the vote on the main deal, and a handful will be selected by the speaker of the House of Commons, John Bercow. The chosen amendments won't be revealed until the day of the vote, but one popular possibility would allow MPs to reject both the prime minister's deal and a no-deal.

If such an amendment gained a majority, a clean vote on May's deal would not take place. But the opposition Labour Party is seeking to force an election, so may not support an option which might – in defeat – give May the best chance of hanging on.

The "backstop" agreement on the Irish border remains the main hurdle to the deal passing, and Conservative MPs will put forward amendments aimed at overcoming the objections. These include giving parliament a say about entering a "backstop" and giving the UK a unilateral right to withdraw. If they were approved, there would be a greater chance of May winning the main vote – but even so, the EU would not necessarily accept the changes.

A softer amendment, for example one which includes guarantees on workers' rights post-Brexit, could also be selected. If such an option passed it may persuade more opposition MPs – particularly those in Brexit-supporting constituencies – to vote in favor of the government plan.

4. May loses by a little

The government is expecting to lose and is working hard to limit the margin of defeat by offering compromises or applying pressure. A loss by under 100 votes – though embarrassing – would probably allow May to head back to the EU with a demand for concrete concessions with reasonable hope that a second vote could be won.

Under a motion passed last week, she would have to return to the Commons within three sitting days with a plan B. However before that, she may face a vote of confidence in her government.

If MPs vote as they have previously promised, May's deal will be overwhelmingly rejected by parliament. A big defeat – 150 votes or more – would be a clear rejection of the agreement in any form and lead to fundamental changes, probably starting with a vote of no confidence in the government and a delay to the Brexit date.

A BBC analysis indicated May could lose by over 200 votes, in what would be one of the biggest parliamentary defeats of a British government in modern history.

6. May pulls the vote

Of course, faced with defeat, May could again delay a vote – as she did in mid-December – but such a move would cause uproar and leave the country no closer to a Brexit resolution. 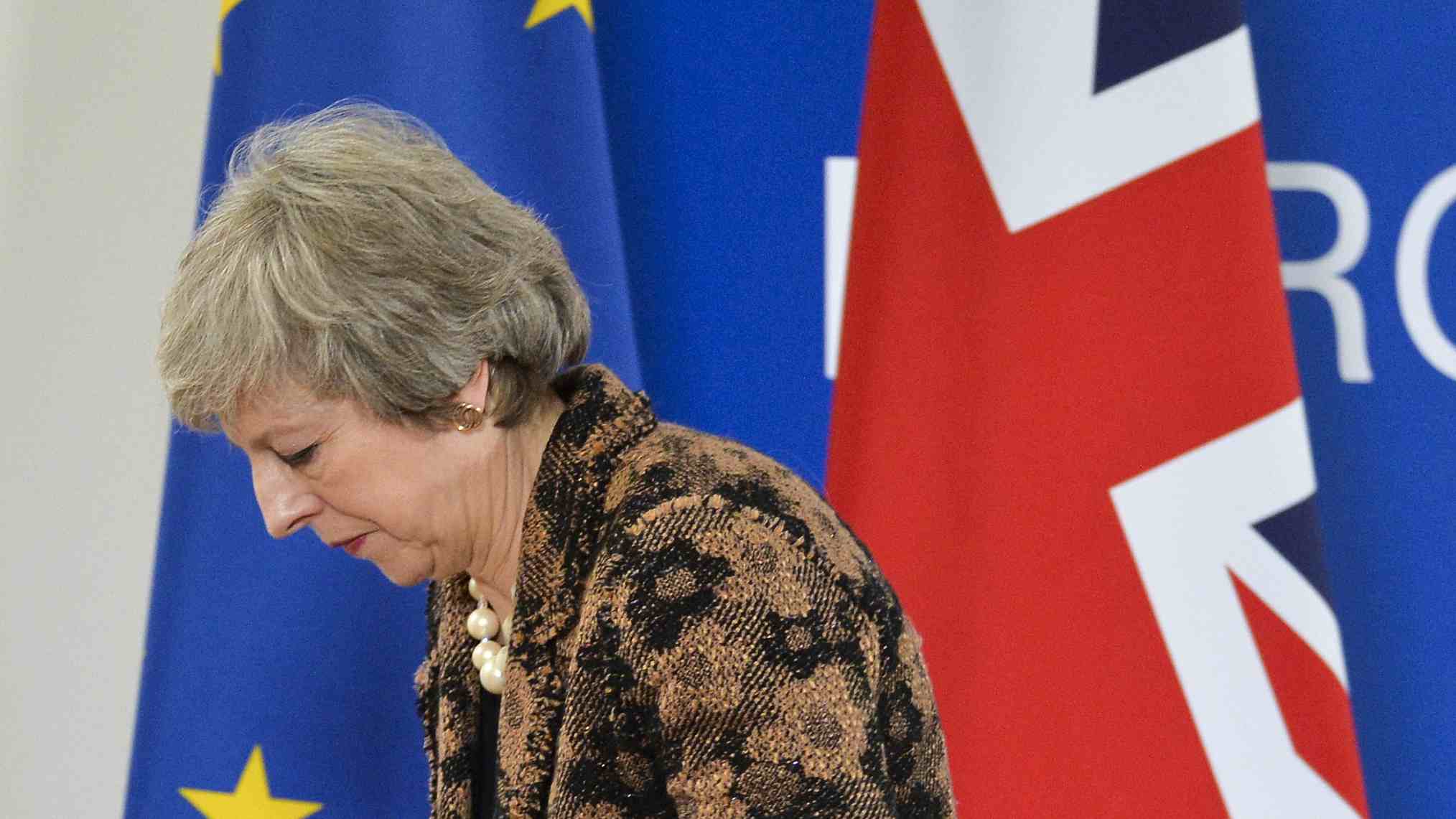 If May is defeated, what will happen next? Here are five things that could took place.

The EU is reportedly prepared to allow Britain to extend the scheduled exit date – March 29 – by several months. This could happen even if May wins the vote on Tuesday, because Brexit has caused a huge backlog in the parliamentary agenda.

If May loses, a delay could open the door to so-called "indicative votes" – putting a series of options to parliament until one is found for which there is a majority – or attempts to fundamentally renegotiate the terms of Brexit with the EU. A lengthy delay would be complicated by elections to the European Parliament due in May.

Labour leader Jeremy Corbyn said on Sunday that in the event May's deal is defeated, he would launch a no confidence motion in the government "soon" after. To win would require a handful of MPs from the Conservatives and allies the Democratic Unionist Party to vote to bring down their own government.

If it did happen, there would be a two-week period in which parties tried to form a new administration – if that failed, a general election would be called. If Corbyn called a no confidence and failed, he'd be under intense pressure from his party to back a second referendum.

The momentum behind a second Brexit referendum, an option backed by three former prime ministers, has grown as parliament struggled to find a solution.

May and Corbyn are against the idea, but weekend polling suggested a "People's Vote" was the favored option of the public if the prime minister's deal is rejected by MPs. A group of senior MPs are expected to attempt to force a vote on the issue.

A no-deal is the default option if nothing changes before March 29, and is favored by hardline euroskeptics who want a clean break from the EU.

However, votes against the government in parliament last week proved what was long suspected: a majority of MPs are against a no-deal Brexit. It is widely expected that parliament would find a way to prevent such an outcome, which experts warn would be economically catastrophic.

Speaker John Bercow shocked many in parliament when he overturned a century of convention by allowing an amendment last week that would force May to rapidly present a plan B in the event of defeat – and there is speculation that he could act again to give parliamentarians more power.

A host of proposals to advance – or disrupt – the process could emerge in the coming days.