WORLD Brisbane set to be named 2032 Olympics host next month

Brisbane set to be named 2032 Olympics host next month

Brisbane has long seemed to be in a one-horse race to host the 2032 Olympics. 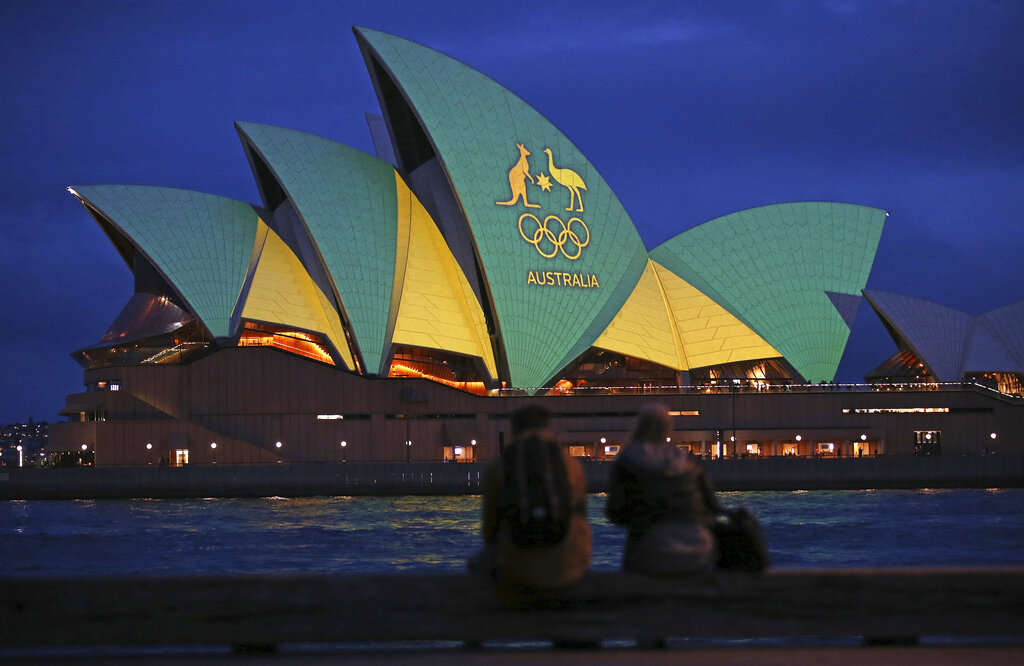 In this Friday, Aug. 5, 2016, file photo, a couple sit on a dock to look at the sails of the Sydney Opera House that are illuminated with the green and gold colors of the Australian Olympic team, as Australia pushes to host the 2032 Olympics. (Photo: AP)

That race looks sure to be over and won next month when the International Olympic Committee meets before the Tokyo Games open.

IOC president Thomas Bach said after an executive board meeting Thursday that Brisbane can be awarded hosting rights as the only candidate proposed at a July 21 meeting in Tokyo.

The Australian city's victory already appeared certain after the IOC put it on the fast track in February by being named the preferred candidate without a formal opponent.

Though Bach said the outcome was “in the hands” of the members — around 100 will meet two days ahead of the Tokyo opening ceremony — they typically rubber stamp all recommendations coming from the leadership.

Bach praised Australia as a sport-loving country with strong support from layers of government in the city of Brisbane, the state of Queensland and federal level. 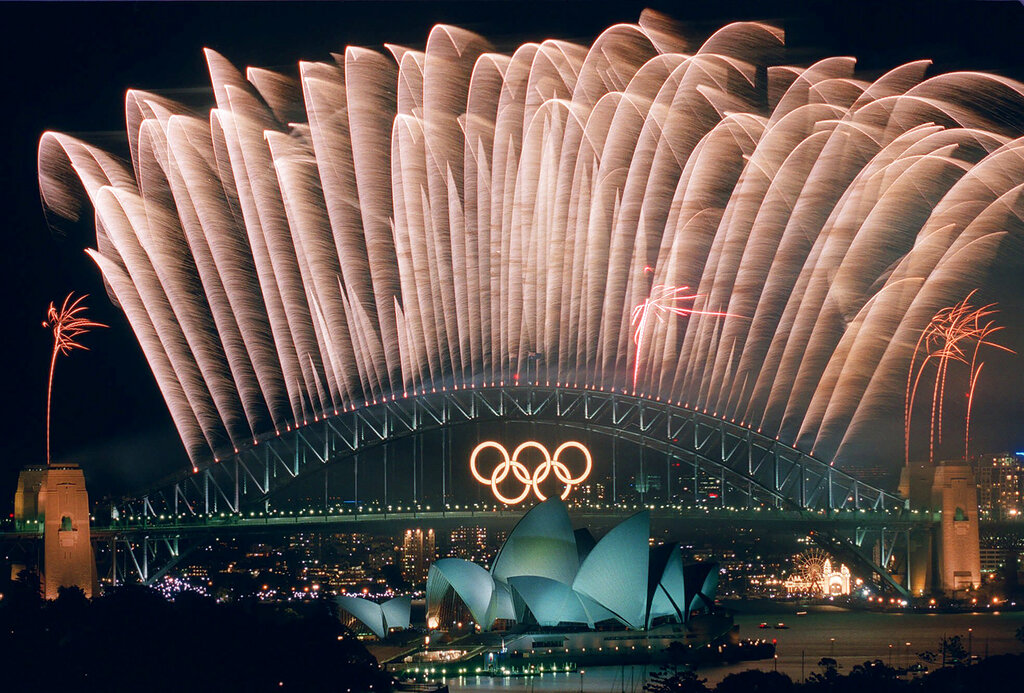 In this Oct. 1, 2000, file photo, the closing ceremony fireworks for the Sydney 2000 Olympic Games erupt over the Sydney Harbor Bridge and Opera House in Australia. (Photo: AP)

“All this together I think made it somehow irresistible,” the IOC leader said.

Brisbane is set to be the first Olympic host selected unopposed under a new system to streamline bid campaigns in order make them less costly, give the IOC more control and decrease the risk of vote-buying.

The bid from Brisbane and neighboring cities in southeast Queensland state has been led by IOC Vice President John Coates, who two years ago oversaw updating the bidding process at Bach's invitation.

Its quick progress as the IOC's clearly preferred option has raised questions about possible conflicts of interest for Coates. He is viewed as one of Bach’s closest allies and also leads the IOC’s oversight of preparations for the postponed Tokyo Olympics.

Bach cited the IOC's “strict rules” which were monitored by ethics and compliance officials.

Still, Brisbane's rapid selection this year blindsided officials in countries including Germany, Hungary, Indonesia and Qatar which had been in talks with Olympic officials about shaping bids.

That dialogue will continue with a “pool of interested parties” to host the Olympics in 2036 or 2040, Bach suggested.

“The future of the Games looks bright,” Bach said.

The 2024 Olympics will be held in Paris, with the 2028 Games in Los Angeles — both cities offering more stability than the troubled and often chaotic organization in Rio.

Australia last hosted the Olympics in 2000, with the popular success of the Sydney Games. Coates was heavily involved in the bid and organizing committees of those games.

“While we’re delighted to have cleared the penultimate hurdle, we take absolutely nothing for granted as we seek endorsement of members of the IOC session in Tokyo,” O’Brien said in a statement Friday morning local time.

The 2030 Winter Games have yet to be awarded, with Salt Lake City among potential bidders. Bach said the IOC was in talks with "a number of interested parties” but there was no urgency to make a pick.

Bach also confirmed he will not visit Tokyo before mid-July, citing the quarantine periods needed to make “back and forth” trips from Switzerland which had been planned and expected.