Britain and the European Union on Saturday published the full text of the post-Brexit trade agreement aimed at governing their relationship when the UK definitively leaves the bloc's single market in just five days' time. 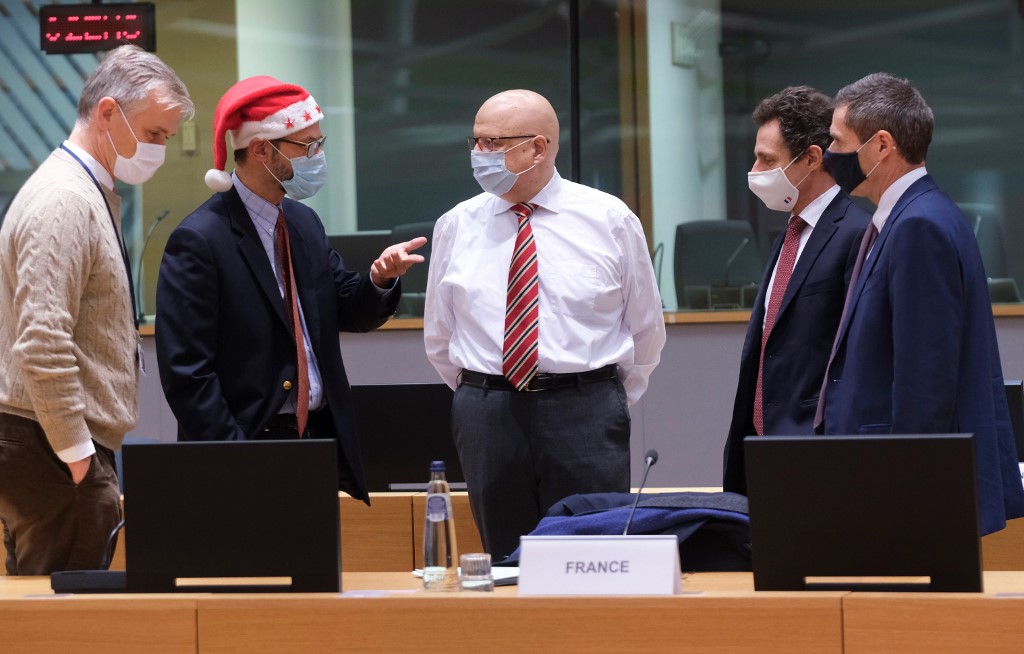 Ambassadors to The European Union speak as they gather ahead of a special meeting of The Committee of the Permanent Representatives of the Governments of the Member States to the European Union (Coreper) at the European Council in Brussels on December 25, 2020. (Photo: AFP)

The document, which is more than 1,200 pages long, lays out detail on trade, law enforcement and dispute settlement among other arrangements between Britain and the EU after the UK leaves the single market and customs union on 31 December.

In the foreward to the copy of the text published by the UK government, British Prime Minister Boris Johnson said the agreement had been "carefully judged to benefit everyone" and preserve "free trade for millions of people in the United Kingdom and across Europe".

"While we made our fair share of compromises during the negotiations, we never wavered from the goal of restoring national sovereignty," he added.

Senior UK government minister Michael Gove wrote in The Times newspaper that Thursday's agreement would allow Britain to bring "innovation and investment to parts of the country that have endured economic decline".

He added there were still "significant changes" to be prepared for by businesses in the short term.

To ratify the deal, Britain's parliament has been recalled to sit on December 30. A vote in favour is virtually assured after the UK's main opposition Labour Party said its MPs would back it.

In Brussels, the European Commission has proposed the agreement be applied on a provisional basis until 28 February.

The European Parliament will be asked for its consent to the deal in 2021 and for the process to be concluded the Council, which brings together the executives of all 27 member states, must adopt the decision.