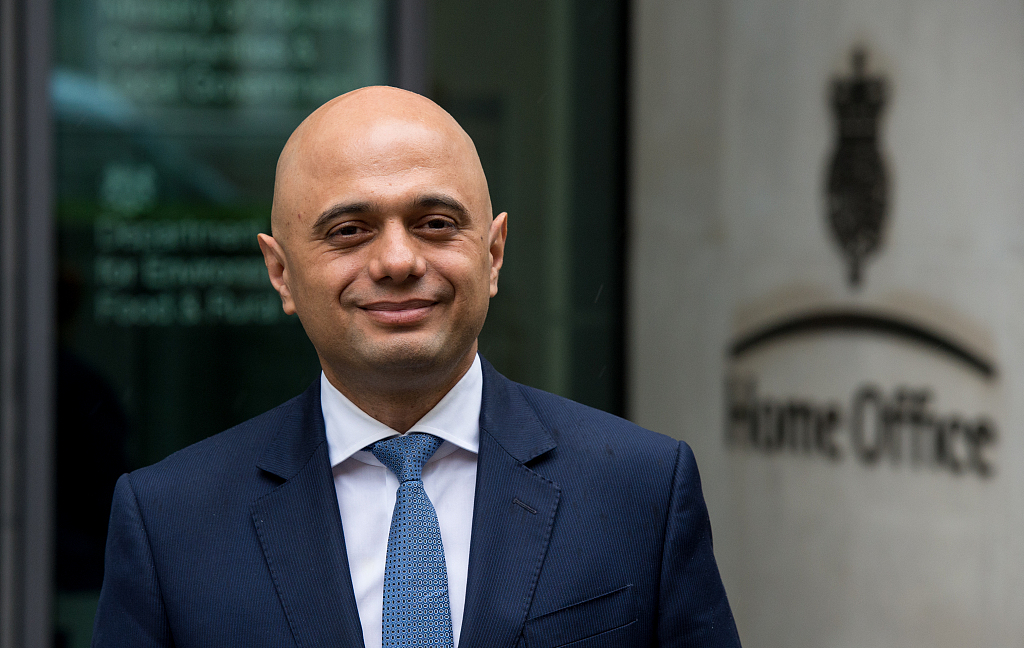 The chancellor, in a surprise announcement, said there will be an immediate cash boost of 1.1 billion pounds to prepare critical areas for an exit from the European Union (EU) on Oct. 31.

A further 1 billion pounds are also available to enhance operational preparedness this year if needed, according to the Treasury.

Javid's office said the funding will accelerate preparations at British borders, and also will support business readiness and ensure the supply of critical medicines.

"This will ensure government departments step up vital operational preparations across the country as the UK leaves the EU on 31 October," the Treasury said.

In total, the Treasury has now made available 6.3 billion pounds to prepare for EU exit.

Javid said: "With 92 days until the UK leaves the European Union, it's vital that we intensify our planning to ensure we are ready."

"We want to get a good deal that abolishes the anti-democratic backstop. But if we can't get a good deal, we'll have to leave without one. This additional 2.1 billion pounds will ensure we are ready to leave on 31 October -- deal or no deal."