WORLD Britain battered by second storm in a week

Britain battered by second storm in a week

The second storm in a week hit Britain on Saturday, prompting flooding alerts for many parts of the country and disrupting flights and train services just as many schools start their half-term holidays. 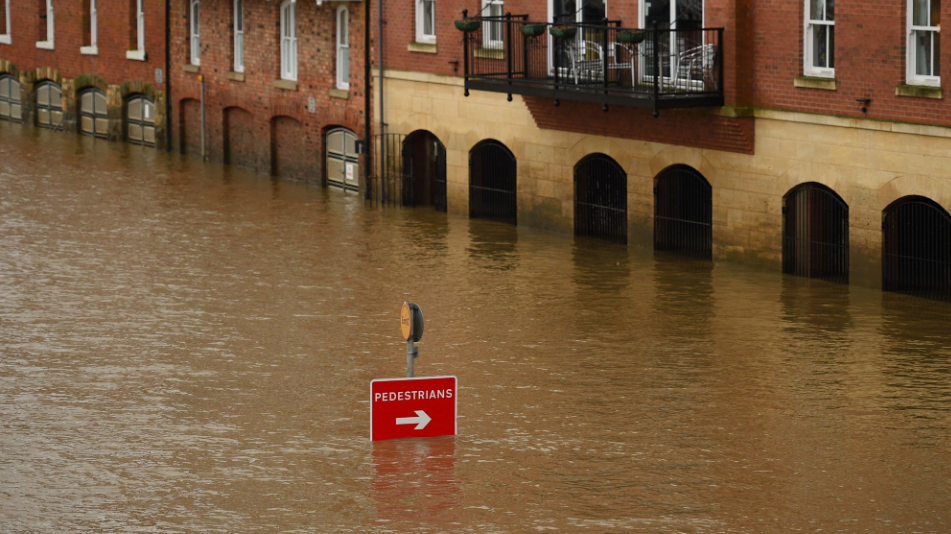 A photo of the River Ouse which rose on Saturday as Storm Dennis sweeps in York, North Yorkshire. (Photo: AFP)

A total of 30 warnings were in place in England, meaning flooding was expected, and 238 alerts cautioning that flooding is possible, according to the Environment Agency. A total of 75 military personnel were helping to build barriers and repair flood defenses in Yorkshire, northern England, where the ground was already saturated from last week's rain.

"With Storm Dennis bringing further heavy and persistent rain over the weekend, there is a risk of significant impacts from flooding, including damage to property and a danger to life from fast-flowing floodwater," Steve Willington, chief meteorologist at Meteorological Office, the UK's national weather service.

Flights were canceled, railway lines blocked and roads flooded as the system barreled in from the North Atlantic with near-record low pressure. EasyJet has warned of "significant disruption" to its operations with multiple flights canceled into Gatwick Airport while Luton Airport advised passengers to check with their airlines before setting off from home.

Rescuers pulled two bodies from rough seas off southern England and soldiers helped build flood barriers on Saturday. Much of the flood concern focused on northern England, which suffered during Storm Ciara, when at least eight people were killed across Europe.

"Our armed forces are always ready to support local authorities and communities whenever they need it," Britain's Defense Secretary Ben Wallace said. "The rapid response of the Army today will help with provision of flood relief to local communities in West Yorkshire."