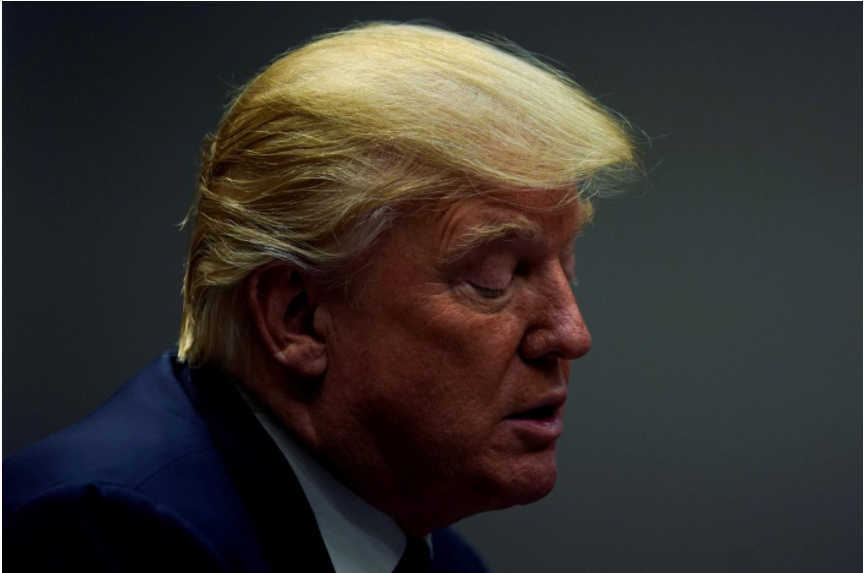 Britain criticized U.S. President Donald Trump on Wednesday after he retweeted anti-Islam videos originally posted by a leader of a far-right British fringe party who was convicted earlier this month of abusing a Muslim woman.

Jayda Fransen, deputy leader of the anti-immigration Britain First group, posted the videos which she said showed a group of people who were Muslims beating a teenage boy to death, battering a boy on crutches and destroying a Christian statue.

Trump’s decision to re-tweet the videos prompted criticism from both sides of the Atlantic, with some British lawmakers demanding an apology and U.S. Muslim groups saying it was incendiary and reckless.

“It is wrong for the president to have done this,” the spokesman for British Prime Minister Theresa May said.

“Britain First seeks to divide communities through their use of hateful narratives which peddle lies and stoke tensions. They cause anxiety to law-abiding people.”

Reuters was unable to immediately verify the videos and Fransen herself said they had come from various online sources which had been posted on her social media pages.

“I‘m delighted,” Fransen, who has 53,000 Twitter followers, told Reuters, saying it showed the U.S. president shared her aim of raising awareness of “issues such as Islam”.

As a candidate, Trump called for “a Muslim ban” and, as president, has issued executive orders banning entry to some citizens of multiple countries, although courts have partially blocked the measures from taking effect.

“Look, I‘m not talking about the nature of the video,” White House spokeswoman Sarah Sanders told reporters. “The threat is real and that’s what the president is talking about is the need for national security, the need for military spending, and those are very real things. There’s nothing fake about that.”

Britain First is a peripheral political party which wants to end all immigration and bring in a comprehensive ban on Islam, with anyone found to be promoting the religion’s ideology to be deported or imprisoned.

The group, which rarely garners any media attention but attracts a few hundred protesters to its regular street demonstrations, states on its website it is a “loyalist movement”. Critics say it is simply racist.

Fransen was fined earlier this month after being found guilty of religiously aggravated harassment for shouting abuse at a Muslim woman wearing a hijab.

Last week, she was charged by the police in Northern Ireland with using threatening, abusive or insulting words in a speech at a rally in Belfast in August.

Along with the group’s leader, she was also charged in September with causing religiously aggravated harassment over the distribution of leaflets and posting online videos during a court trial involving a number of Muslim men accused and later convicted of rape.

Politicians in Britain condemned Trump, with Jeremy Corbyn, leader of the opposition Labour Party, describing his tweets as “abhorrent, dangerous and a threat to our society”.

U.S. civil rights and Islamic organizations said the posts amounted to an incitement to violence against U.S. Muslims.

“These are actions one would expect to see on virulent anti-Muslim hate sites, not on the Twitter feed of the president of the United States,” Nihad Awad, National Executive Director of the Council on American-Islamic Relations, the largest U.S. Muslim civil rights organization, said in a statement.

David Duke, a former leader of the Ku Klux Klan, praised Trump. “He’s condemned for showing us what the fake news media won‘t,” Duke wrote on Twitter. “Thank God for Trump! That’s why we love him!”

Fransen, who used similar language to thank Trump, said the president’s re-tweets showed his outrage at her treatment by the media and the authorities.

“The important message here is Donald Trump has been made aware of the persecution and prosecution of a political leader in Britain for giving what has been said by police to be an anti-Islamic speech,” she said.

“He (Trump) stands for free speech and he won’t be deterred by any petty left-leaning journalist in Britain saying he shouldn’t be re-tweeting any individual.”