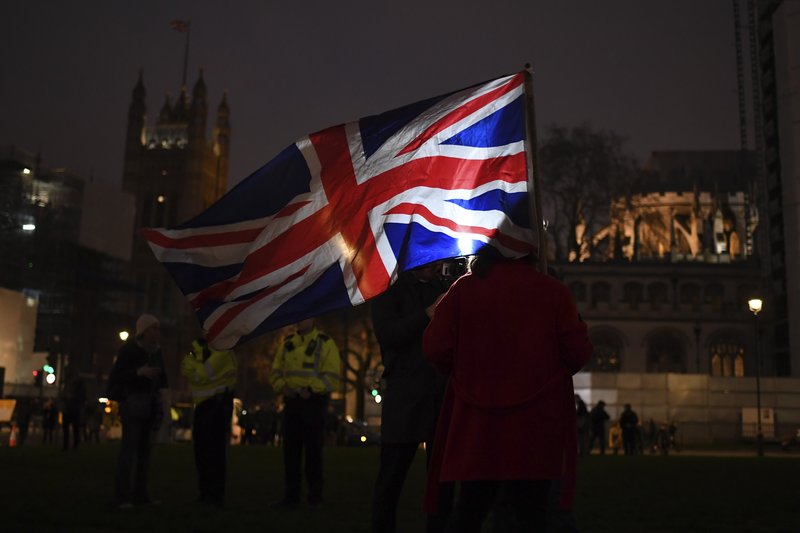 In a televised special address to the nation, British Prime Minister Boris Johnson, who took office amid the Brexit crisis, called the moment "the dawn of a new era" when "the curtain goes up on a new act."

"Our job as the government -- my job -- is to bring this country together and take us forward," he said. "And the most important thing to say tonight is that this is not an end but a beginning."

The moment also marked the start of a transition period that will last till the end of this year as negotiators face an uphill struggle for trade arrangement between Britain and the remaining EU nations.

Big Ben, which has been mostly silent since restoration work began in 2017, did not chime at the historic moment for the nation that has been hugely divided since the Brexit referendum in 2016.

10 Downing Street, the prime minister's office and residence, counted down to the 11 p.m. deadline with a light display. Government buildings in central London were lit up to celebrate the special occasion.

The British government has hailed the Brexit Day as a significant moment in the country's history, and said it intends to use the event to bring communities back together and "heal divisions."

On Friday, a British government cabinet meeting took place in Sunderland, the first city to declare support for leaving the EU three and a half years ago.