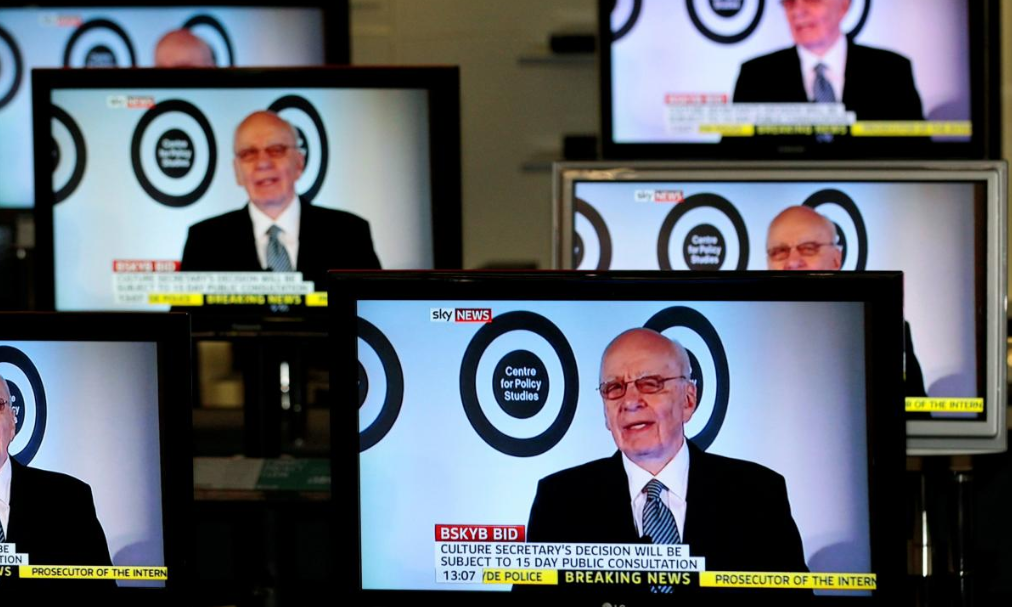 The Chairman, and Chief Executive of News Corporation, Rupert Murdoch is seen talking on Sky News on television screens in an electrical store in Edinburgh, March 3, 2011 (Photo: Reuters)

Britain said Rupert Murdoch’s Twenty-First Century Fox had answered its remaining doubts about the independence of Sky News if the US company buys all of its parent Sky, paving the way for a takeover battle over the pay-TV group.

Fox in April offered to spin off Sky News to Walt Disney Co to head off objections that Murdoch could have too much influence if he owned Sky as well as his British newspapers.

Media Secretary Matt Hancock had said Fox’s proposal was the best remedy for the public interest concerns, but he wanted some additional guarantees.

He said on Tuesday that Fox had secured a commitment from Disney to operate Sky News for 15 years rather than 10 years, an increase in the funds available for the channel to at least 100 million pounds ($132 million) a year, and a pledge to retain its editorial independence.

Hancock said the revised undertakings would help to ensure that Sky News remains financially viable over the long term, free from any potential outside influence.

The measures, which are subject to a 15-day public consultation, clear the way for a straight fight for Sky between Fox and its US pay TV rival Comcast.

Sky welcomed the decision, saying the UK approval process remained the only outstanding precondition that was stopping it putting Fox’s offer to Sky shareholders.

Fox said it now looked forward to a final decision clearing its transaction.

Fox’s long standing 10.75 pence-a-share offer was trumped by a 12.5-pounds-a-share bid from Comcast in April, valuing Sky at $31 billion.

The shares were trading at 13.37 pounds on Tuesday afternoon, suggesting investors think this takeover saga still has a long way to go.

Even if Fox wins the battle for Sky, it is unlikely to own the asset for long.

Comcast and Disney are going head-to-head in the United States to buy most of Fox’s TV and movie assets, a deal that would include its current 39 percent stake in Sky, and potentially all of Sky if Fox is successful in buying the group.