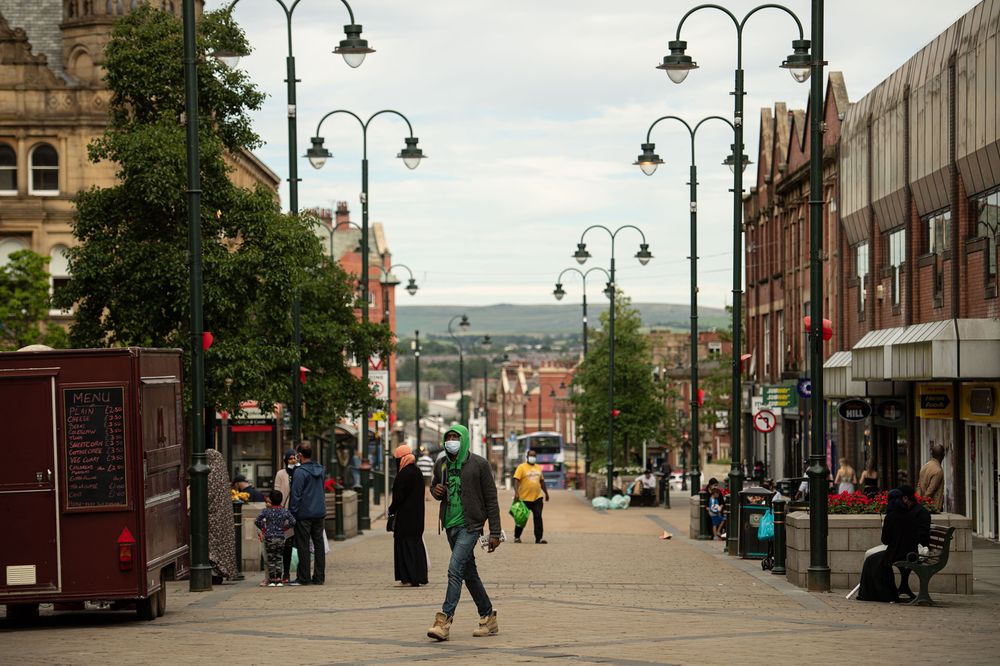 Millions of households in Manchester and nearby parts of northern England woke up to new lockdown rules on Friday, hastily imposed following concerns over a spike in regional coronavirus infections.

Under the measures, people from different households in the affected areas are banned from meeting indoors.

They apply to some four million people across Greater Manchester and parts of the counties of Lancashire and Yorkshire.

Health Secretary Matt Hancock said the restrictions were being brought in because people were "meeting and not abiding to social distancing".

"We take this action with a heavy heart, but we can see increasing rates of COVID across Europe and are determined to do whatever is necessary to keep people safe," Hancock said on Twitter.

The new restrictions come just days after Prime Minister Boris Johnson warned of a second wave of the pandemic elsewhere in Europe.

The measures came into effect at midnight (2300 GMT Thursday), just hours after being announced.

Andy Burnham, the mayor of Manchester, backed the measures due to an increase in infections.

"The picture in Greater Manchester has changed over the last seven days," he told the BBC.

"We have a rise in nine out of the 10 boroughs, the reality on the ground is changing."

However, the new measures have come under criticism from the opposition Labour party for being announced late at night.

Labour leader Keir Starmer said on Twitter: "Announcing measures affecting potentially millions of people late at night on Twitter is a new low for the government's communications during this crisis."

They also come into force just as celebrations of the Muslim festival Eid al-Adha begin. Areas affected by the latest lockdown have significant Muslim populations.

It is not the first local lockdown to be put in place -- England has lifted most of its restrictions nationally but imposed store closures around the central city of Leicester at the end of June.

Hancock said Leicester would now follow the same ban on meetings between different households being applied to Manchester and parts of West Yorkshire and East Lancashire.

Britain's official virus death toll stands at 45,999 but is believed to be as high as 65,000 if excess deaths are used as a guide.