WORLD Britain in alignment with US on Soleimani killing

Britain in alignment with US on Soleimani killing 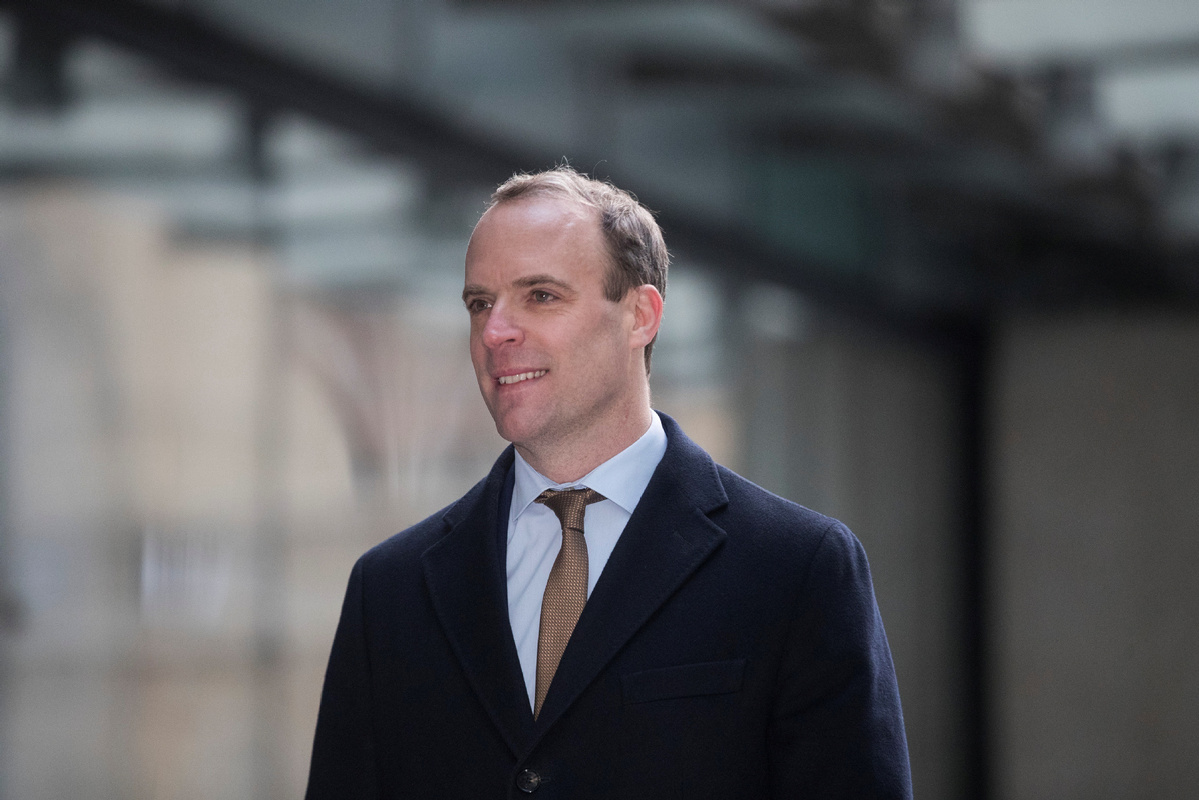 Britain's Foreign Secretary Dominic Raab arrives at the BBC headquarters ahead of his appearance on the Andrew Marr show in London, Britain, on Jan 5, 2020. (Photo: Agencies)

British Foreign Secretary Dominic Raab said on Sunday that Britain is "on the same page" as the United States in regard to Friday's killing of Iran's top general Qassem Soleimani, but stopped short of outright support.

Raab said the British government was "sympathetic" to Washington's situation and "understood the actions the Americans have taken".

Amid questions about the legality of the US actions, Raab rejected the idea that the US assassination of Soleimani, killed with a drone strike in Baghdad, Iraq, was an act of war.

Raab appeared to back the Trump administration when he told Sky News: "The US will take their own operational judgment call but they've got the right of self defense.

"If you look at what General Soleimani was doing, he's not some victim in this scenario.

"He was a regional menace, he was in charge of the Quds Force, the wing of the Iranian Revolutionary Guard which is directing militias and proxies in the region, in Iraq, in Lebanon, in Syria which is destabilizing those countries, trying to get an Iranian advantage."

"So we understand the position the US were in and I don't think we should be naive about the Iranian Revolutionary Guard or indeed General Soleimani."

British Prime Minister Boris Johnson was scheduled to come back from a holiday in the Caribbean on Sunday, and Raab was asked by Sky whether the leader should have returned from the break early.

Raab said: "The prime minister is in charge. In fact I've been in constant contact with him over the Christmas break on a whole range of foreign policy issues.

"We were in touch on Friday with relation to the situation in Iraq and the whole government is working very closely together. I spoke to the(US) defense secretary last night, I talked to the(US) national security adviser on Friday and we're very clear on the strategy and how we're implementing it.

"The message is that we want to see de-escalation, we're going to do everything we can to protect the UK diplomatic missions and we're going about that business.

"We also need to see that there's a route, a door left ajar for a diplomatic solution so that when the leadership in Tehran wake up to their options, they understand there is a positive route through for them."

Meanwhile Britain's Royal Navy warships have been ordered to escort British-flagged vessels in the Persian Gulf, amid fears Iran will seek revenge for the death of Soleimani. Defense Secretary Ben Wallace said HMS Montrose and HMS Defender will accompany UK-flagged ships through the Strait of Hormuz, as they did between July and November following the seizure of a British-flagged tanker by Iran.

He said he had spoken to his US counterpart, Mark Esper, on Friday and urged all parties to deescalate the situation.

Wallace added: "Under international law the United States is entitled to defend itself against those posing an imminent threat to its citizens."