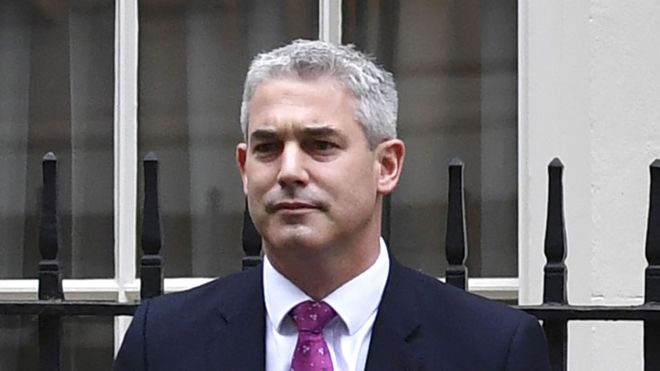 Stephen Barclay was appointed new British Brexit secretary on Friday to replace Dominic Raab, who resigned on Thursday over the draft Brexit agreement between the United Kingdom (UK) and the European Union (EU).

Barclay, a health minister, was appointed by British Prime Minister Theresa May as she also re-appointed Amber Rudd to the British cabinet in a bid to shore up her creaking premiership.

Barclay, the 46-year old former banking executive, backed Leave in the 2016 referendum and has never rebelled against the Tory whip during his eight years in the parliament.

Rudd, who was former home secretary, returns as the work and pensions secretary, a post held by Esther McVey, who stepped down Thursday in protest against the UK-EU draft deal.

The two appointments were announced as 23 Tory members of the parliament were reported to have submitted letters for a vote of no confidence in the prime minister.

May vowed to press ahead with her Brexit plan on the basis of the draft agreement after days of political turmoil in the country. Leading Brexiteers in the cabinet have rallied behind May amid attempts to unseat her by Tory members of the parliament.

Michael Gove, the British environment secretary, said he "absolutely" had confidence in the prime minister as he confirmed he would not be following several other ministers out of the door.

And Liam Fox, the British secretary for international trade, urged members of the parliament to support May's draft Brexit agreement, saying a "deal was better than no deal."