Britain became the first country in the world on Wednesday to give the go-ahead for human challenge trials in which volunteers will deliberately be exposed to COVID-19 to advance research into the disease caused by the novel coronavirus. 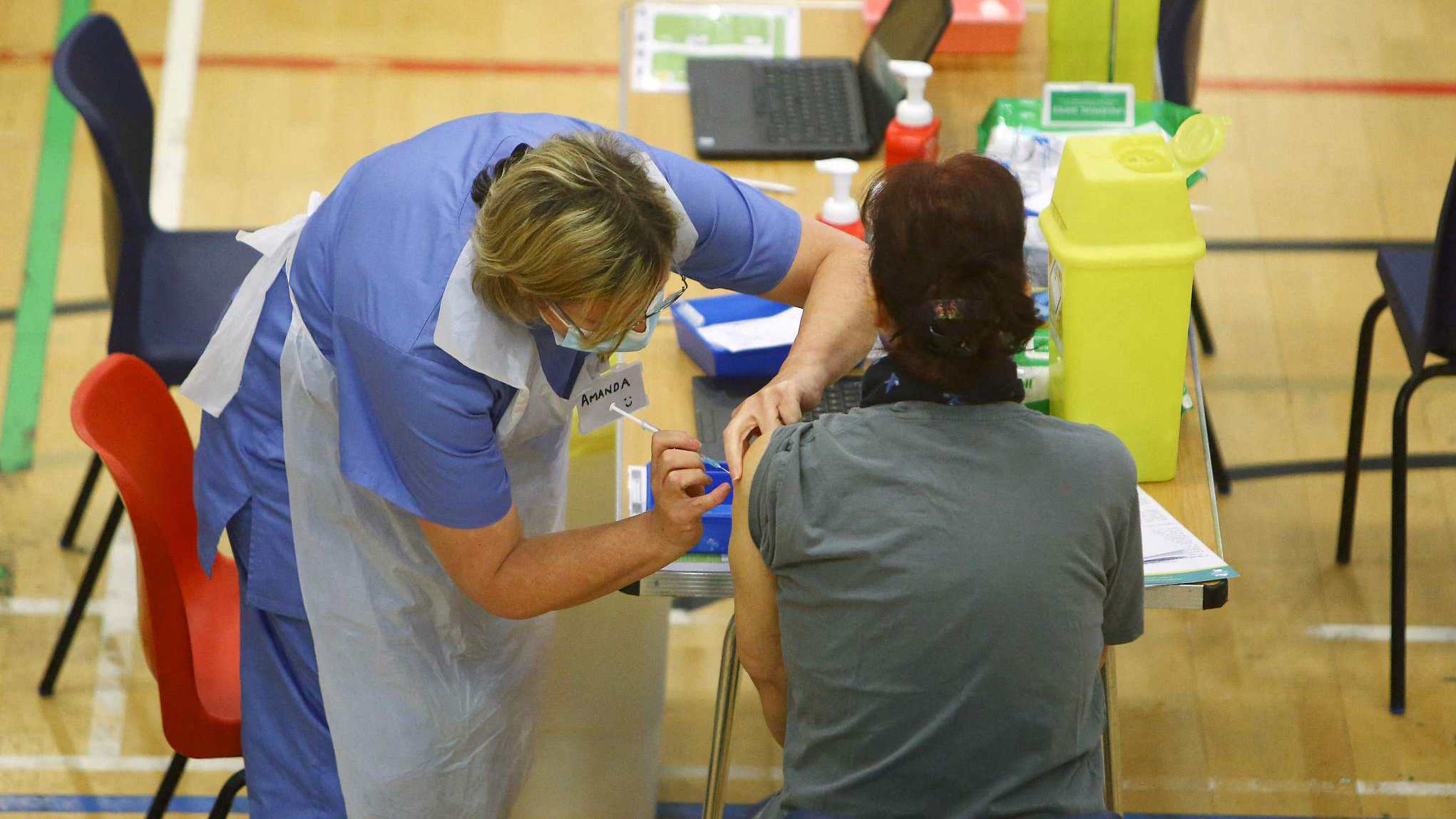 A resident receives a dose of the Oxford-AstraZeneca vaccine at a vaccination center at Cwmbran Stadium in Cwmbran, south Wales, February 17, 2021. (Photo: CFP)

The trial, which gained approval from the country's clinical ethics body this week, is due to start within a month, said the country's Department for Business, Energy and Industrial Strategy.

It will see up to 90 healthy volunteers aged between 18 and 30 exposed to the smallest amount of the virus needed to cause infection, scientists behind the plans told reporters at a news briefing.

Volunteers will be screened for possible health risks before being allowed to take part and kept in quarantine for close monitoring by medical staff for at least 14 days in a specialist unit at London's Royal Free Hospital.

"The absolute priority, of course, is the safety of volunteers," said Peter Openshaw, a professor of experimental medicine at Imperial College London, which is co-leading the project with the UK government's vaccines task force and the clinical company  hVIVO. "None of us wants to do this if there is any appreciable risk."

Scientists have used human challenge trials for decades to learn more about diseases such as malaria, flu, typhoid and cholera, and to develop treatments and vaccines against them.

Trial participants will be allowed to go home after the initial 14 days only if "extensive testing" shows they are not infectious, said Imperial's Chris Chiu, the trial's chief investigator.

The aim of this initial work was "to understand how the virus infects people and how it passes so successfully between us," Chiu said. Further trials using the challenge models could then be conducted in the months and years ahead to establish which vaccines and treatments work best, he said.

Volunteers will get compensation payments of around £88 ($122) per day for the duration of the study, which will also involve follow-up monitoring for a year, Chiu's team said, and the studies will be conducted in a safe and controlled environment and will minimize any risk.

To make the trial as safe as possible, the version of the SARS-CoV-2 virus that has been circulating in England since March 2020 will be used, rather than one of the new variants, they said.