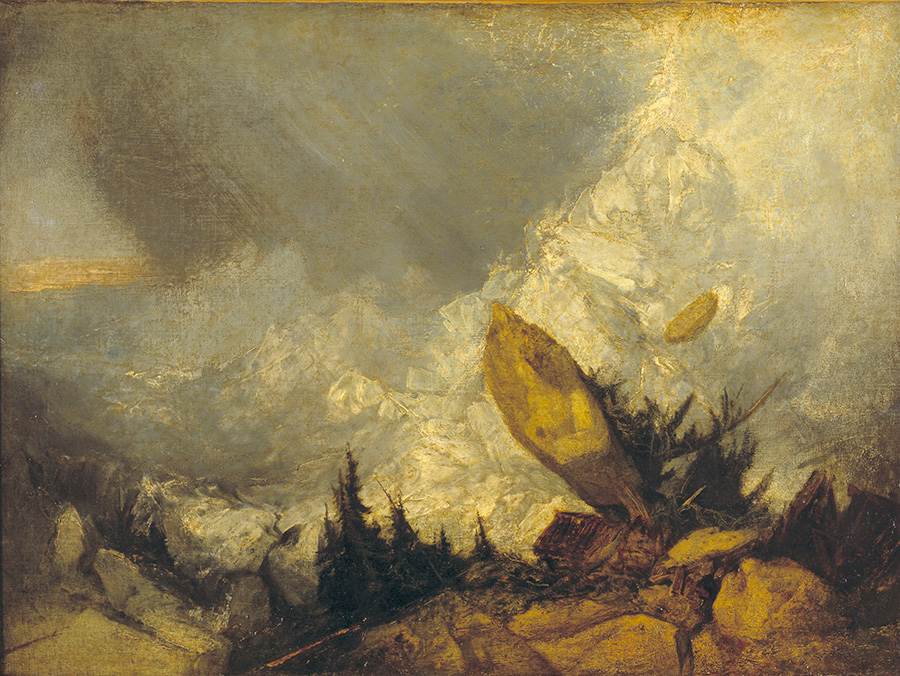 Joseph Mallord William Turner, The Fall of an Avalanche in the Grisons, Oil paint on canvas. (Photo: China Daily)

LONDON, Sept. 14 (Xinhua) -- An export ban was placed Friday on a rare 16th century painting of Britain's Queen Elizabeth I watching a battle with the Spanish Armada.

The miniature painting is at risk of heading to a new owner abroad unless an asking price of 210,000 pounds (275,000 U.S. dollars) is matched to keep the work in Britain.

The Department for Digital, Culture, Media and Sport (DCMS) said the artwork is one of few contemporary depictions of the Spanish Armada.

Minister for Arts, Heritage and Tourism Michael Ellis placed the temporary export ban on the "The Spanish Armada in the Year 1588", by an unknown artist, to provide an opportunity to keep it in the country.

"Depictions of the Armada, with the inclusion of its leading historical figures, are exceptionally rare. Experts believe the painting was produced in around 1600, within a generation of the event," said a DCMS spokesperson.

The exceptionally rare painting depicts the defeat of the Spanish Armada, a naval campaign widely regarded to have changed the course of European history.

The painting shows Queen Elizabeth I watching the naval engagement. This reflected her personal intervention during the military campaign, when she rallied her troops through a famous speech.

Experts believe that the work reflects a Dutch style of painting from this period, and may have been commissioned by an English patron with Dutch connections. It is signed in the lower right corner with an unverified artist's monogram (signed "V.H.E"). Depictions of the Armada, with the inclusion of its leading historical figures, are exceptionally rare.