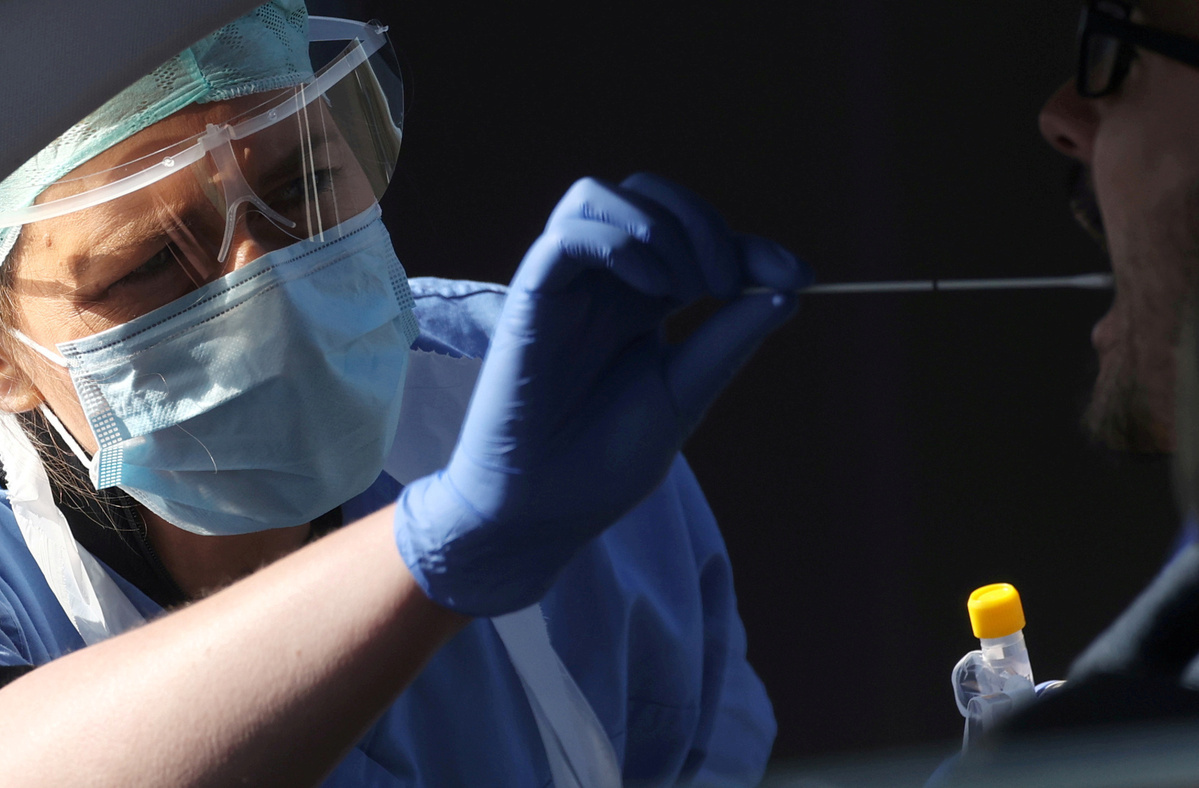 The United Kingdom will begin rolling out two new rapid COVID-19 tests from next week, in an effort to contain the novel coronavirus and mitigate a potential winter spike in infections.

Both of the types of tests can provide results in 90 minutes, compared to turnarounds of 24 hours or more in the current UK testing system.

The government has ordered 5.8 million of the tests worth 161 million pounds ($211 million) from London-based startup DnaNudge, and will begin disseminating the kits to National Health Service, or NHS, hospitals, care homes and labs next week.

Health Secretary Matt Hancock said the new kits mean the UK will be able to "test millions more people in the coming months".

"By quickly detecting whether the virus is present in an individual, this new test is an important step forward in point-of-care testing, which means that positive cases can be identified and contained quickly and safely," Hancock said.

The government also announced that 450,000 rapid COVID-19 tests developed by a separate company, Oxford Nanopore, will be available across adult care settings and laboratories from next week.

New analysis published on Tuesday predicts that the UK will need to achieve high levels of testing if a second wave of infections peaking in December is to be avoided.

If sufficient testing and contact tracing is not carried out, the study predicts a second wave over winter could be two to 2.3 times more severe than the first wave.

The government has said it will need to reach 500,000 daily tests by October in order to avoid a return to stricter lockdown measures. At present, labs are processing around 160,000 daily tests, according to data from Public Health England.

Gary Davies, hospital medical director of Chelsea and Westminster Healthcare NHS Foundation Trust, which is already using the DnaNudge test, said it offers the "best chance of tackling the biggest challenge that the NHS has ever faced, particularly now as we look ahead to the winter flu season".

DnaNudge, which is a spinout lab from Imperial College London, began development on the rapid test in April, before trialing the kit across eight London hospitals and eventually receiving certification to use the test in non-clinical settings.

In the test, a saliva or nasal swab is inserted into a small cartridge. This cartridge then kills the virus and extracts its DNA. The cartridge is then placed into a larger device, called a "Nudge Box" which amplifies the sample using a process called PCR. This whole process is traditionally conducted in a lab, and the DnaNudge team has effectively miniaturized the necessary equipment, allowing healthcare professionals to achieve results in around 90 minutes at point of care.

The test has 94.4 percent "sensitivity"－which is a measure for detection of the virus in infected people－and has 100 percent "specificity", which effectively rules out false negatives.