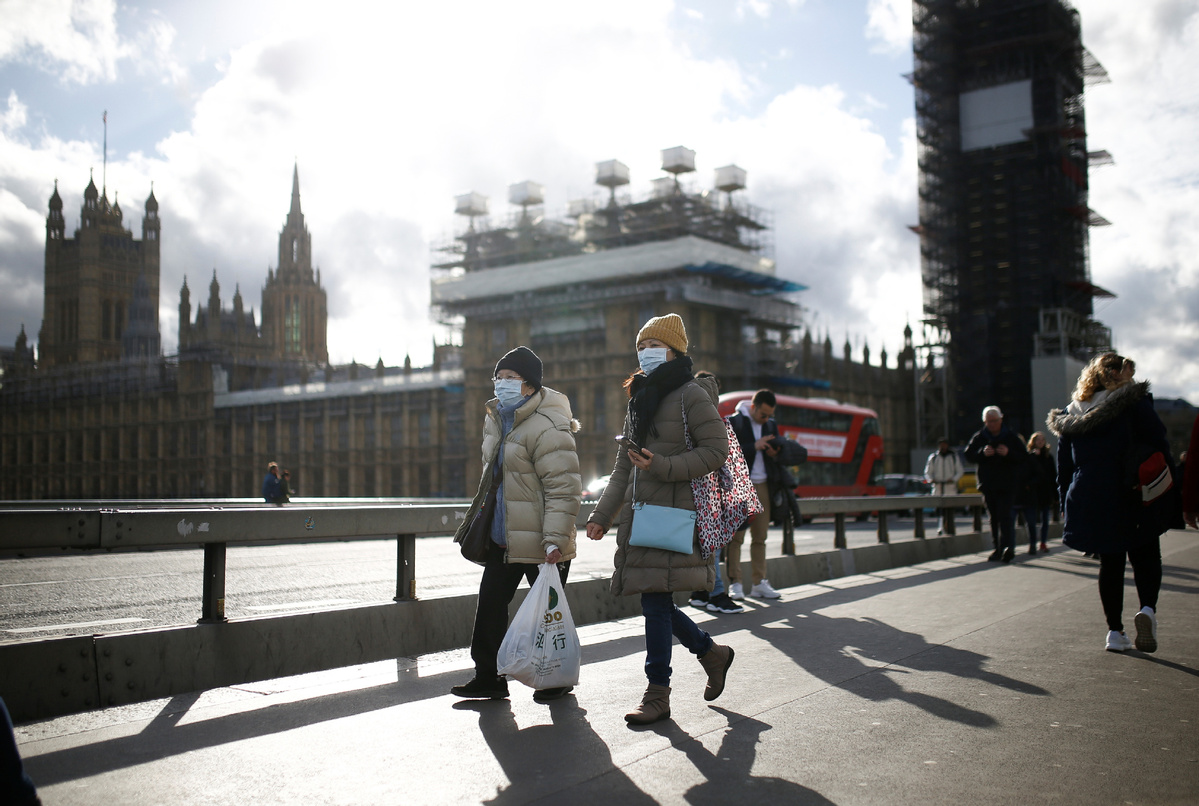 The Houses of Parliament can be seen as people wearing protective face masks walk across Westminster Bridge, as the number of coronavirus (COVID-19) cases around the world continues to grow, in London, March 11, 2020. [Photo/Agencies]

Britain's Houses of Parliament were closed to visitors and tourists on Monday because of the coronavirus outbreak.

A limited shutdown will continue until further notice and will affect thousands of sightseers and overseas visitors who want to see Britain's parliament in action.

Officials at the UNESCO World Heritage Site in London said steps taken will allow the Parliament to continue to fulfill its constitutional duties.

Overseas travel restrictions have also been introduced in order to preserve the operation of the Parliament.

"We are resolved that Parliament should, insofar as possible, continue to fulfill its important constitutional duties of passing legislation, holding government to account and, crucially, representing the views of the people of the United Kingdom and making their voice heard," said the Speaker of the House of Commons Lindsay Hoyle and Lords Speaker Norman Fowler in a joint statement.

"We are clear that now is the time to be pragmatic. Everyone in the country is being asked to strike a balance and it is right that we do the same," said the statement.

They said the restrictions relating to overseas travel and visitor access imposed on Monday have been developed in conjunction with Public Health England and reflect the government's current approach.

Members of the public wishing to enter the Parliamentary Estate solely to view Westminster Hall will no longer be admitted.

No new banqueting bookings are accepted, and all existing bookings taking place from Monday onwards have all been cancelled.

Tours have also been canceled from Monday. Mass lobbies, which usually take place in Westminster Hall or in the larger committee rooms, have also been banned.

Parliamentary authorities have also strongly discouraged parliamentary travel to other countries, and asked politicians to assess the risk of visits on a case-by-case basis.

The advice will affect official delegations, including the hosting of visiting parliamentarians and officials from overseas.