Britain's new Prime Minister Boris Johnson on Thursday called the current Brexit deal negotiated with the EU "unacceptable" and set preparations for leaving the bloc without an agreement as a "top priority" for the government. 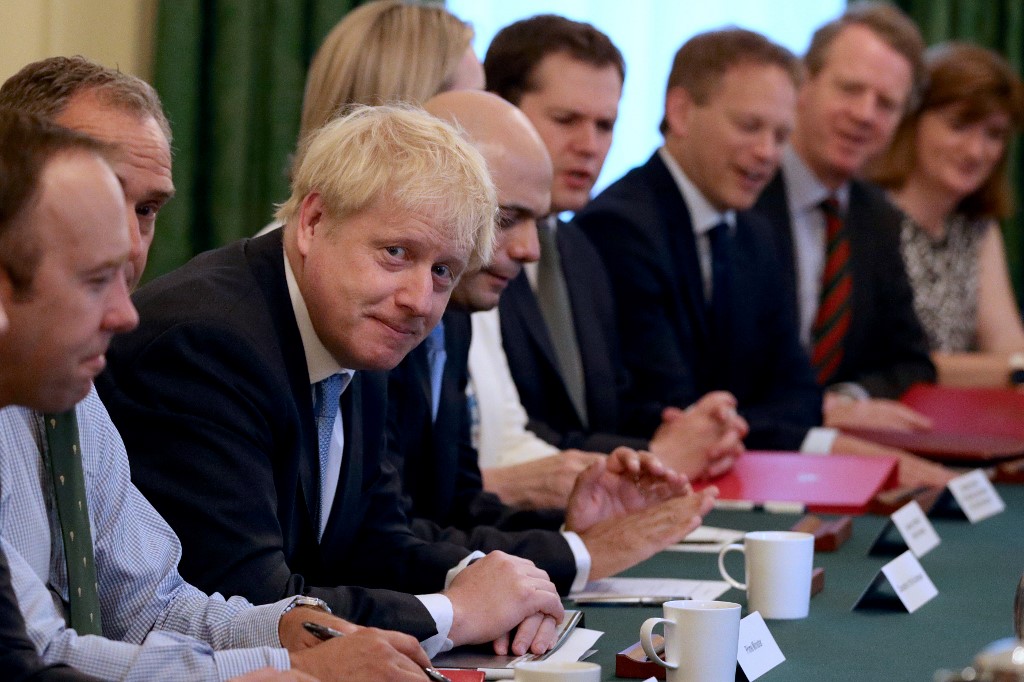 In a pugnacious debut in parliament, the former London mayor urged EU leaders to rethink their opposition to renegotiating the deal.

After installing a right-wing government following a radical overhaul, Johnson doubled down on his promise to lead Britain out of the EU by October 31 at any cost.

In case of a no-deal exit, he also threatened to withhold the £39 billion ($49 billion) divorce bill that Britain has previously said it owes the EU and instead spend the money for preparations for leaving with no agreement.

Johnson told a raucous session of parliament in which he was repeatedly shouted down by opposing MPs that the draft deal his predecessor Theresa May reached with the 27 EU leaders would "sign away our economic independence".

"Its terms are unacceptable to this parliament and to this country," Johnson said -- a day after purging more than half the ministers in his predecessor Theresa May's team.

"Today is the first day of a new approach, which will end with our exit from the EU on 31 October," the 55-year-old said.