Prime Minister Boris Johnson will unveil a new government Monday that wields a sweeping mandate to take Britain out of the European Union after years of acrimonious debate. 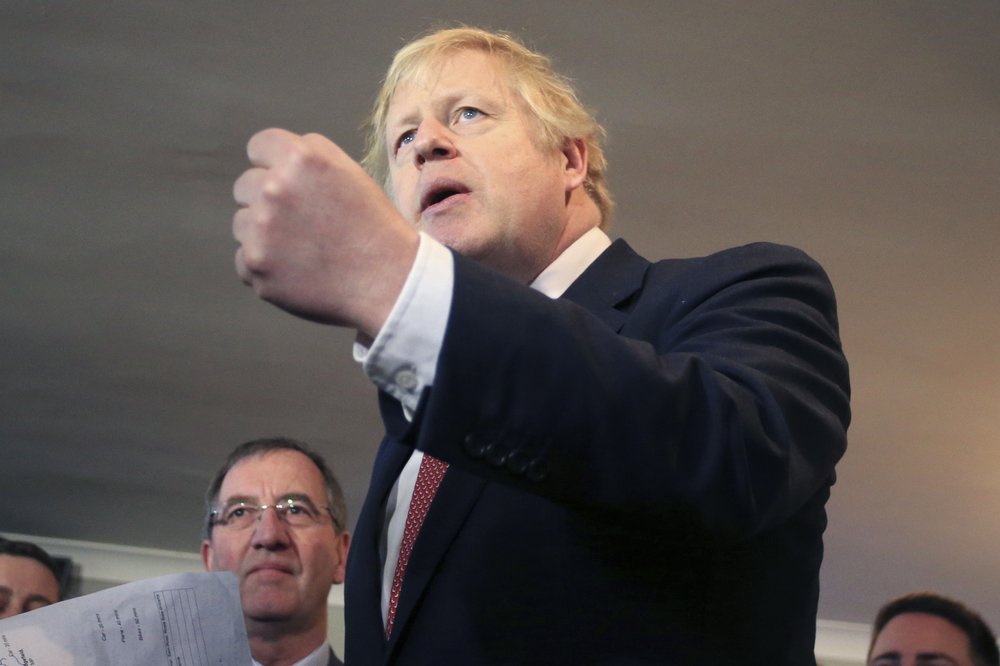 Johnson's simple promise to "get Brexit done" resonated in a snap election Thursday that became a re-run of Britain's 2016 EU membership referendum.

A narrow majority had then opted to quit the European project. UK leaders have been arguing about how -- or even whether  -- to cut ties with the other 27 nations in the bloc ever since.

The arguments were settled when Johnson's Conservative party secured its biggest majority in the House of Commons since the heyday of Margaret Thatcher in the 1980s.

The main opposition Labour party was relegated to its worst defeat since before World War II.

Parliament will now be free to approve the divorce deal Johnson struck with Brussels so that Britain can leave without any more delays on January 31.

"The first piece of legislation new MPs will vote on will be the (EU-UK) Withdrawal Agreement Bill," a government source said.

"We must repay the public's trust by getting Brexit done."

Johnson is only expected to tinker around the edges of his current government and conduct a real overhaul once the first stage of Brexit is safely out of the way.

London and Brussels will then have to set off on yet more negotiations aimed at striking a comprehensive trade agreement by the end of 2020.

Johnson has warned repeatedly that he will not seek an extension that would keep Britain tied to EU rules without having a say in how the bloc is run.

Failure to reach a compromise deal will have unknown repercussions for financial markets and economic growth.

But Johnson's immediate focus is on a new government agenda that Queen Elizabeth II will read out in parliament Thursday.

The programme is expected to focus heavily on social spending aimed at locking in the future votes of traditional Labour supporters who switched sides and backed the Tories this time around.

Johnson tore up the Conservative rulebook and committed himself to heavy social spending during the five-week election campaign.

Those promises blunted the impact of Labour's own message on traditional election issues such as healthcare.

The pledge is at least partially aimed at dispelling concerns that the principle of free care for all will be ended and that the NHS will be opened up to "Big Pharma" as part of a post-Brexit trade deal with US President Donald Trump.

Labour leader Jeremy Corbyn claimed to have evidence that Johnson's government has conducted secret talks about the NHS with Washington.

Both Trump and Johnson have denied the charge and the issue ultimately failed to help Labour at the ballot box.

But polls show the NHS remains a top concern for British voters of all political stripes.