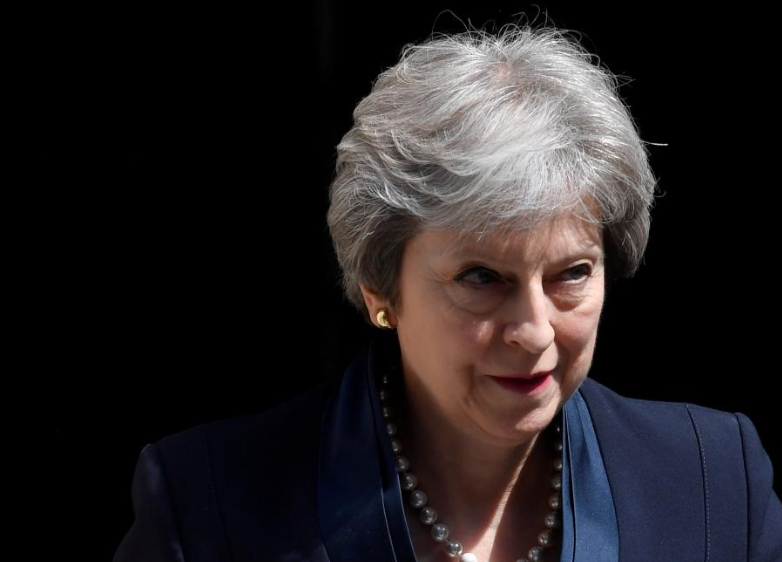 British Prime Minister Theresa May faces a showdown with ministers and lawmakers in her Conservative party after refusing to back reform of Northern Ireland’s highly restrictive abortion rules after neighboring Ireland’s vote to liberalize its laws.

Voters in Ireland, a once deeply Catholic nation, backed the change by two-to-one, a far higher margin than any opinion poll in the run up to the vote had predicted. [L5N1SY0CM]

The prime minister is facing calls from within her cabinet and from opposition parties to scrap the strict rules on abortion in Northern Ireland, bringing the law in the province in line with the rest of the United Kingdom.

“A historic and great day for Ireland and a hopeful one for Northern Ireland,” Mordaunt said. “That hope must be met.”

A spokeswoman for May said on Sunday changing the rules should only be undertaken by a government in Northern Ireland, which has been without a devolved executive since January last year after a power-sharing agreement collapsed.

May tweeted on Sunday to “congratulate the Irish people on their decision” but she made no mention of what the result would mean for Northern Ireland.

Northern Ireland has some of the most restrictive abortion laws in Europe with even rape and fatal foetal abnormality not considered legal grounds for a termination. And unlike other parts of the United Kingdom, abortions are banned apart from when the life or mental health of the mother is in danger.

The penalty for undergoing or performing an unlawful abortion is life imprisonment.

Since the collapse of a power sharing administration in Northern Ireland, British officials have been taking major decisions in the region and this means the government could legislate directly despite health being a devolved issue.

But any moves to change the law could destabilize the British government by antagonizing the socially conservative Democratic Unionist Party, which May depends on for her parliamentary majority.

The opposition Labour party called on the government to support legislation to extend abortion rights in Northern Ireland because women are being denied fundamental rights.

“This is an injustice. No woman in the UK should be denied access to a safe, legal abortion,” said Dawn Butler, Labour’s shadow minister for women and equalities.

More than 130 members of Britain’s parliament, including lawmakers in the ruling Conservative party, are prepared to back an amendment to a new domestic violence bill to allow abortions in Northern Ireland, the Sunday Times newspaper reported.

Anne Milton, an education minister, on Sunday urged the prime minister to allow a free vote in Britain’s parliament and said she thought there would be “a significant majority” in favor of liberalizing the abortion laws.

Sarah Wollaston, the chair of the health select committee and a lawmaker in May’s party, said she would support the proposed amendment and said Northern Ireland should at least be given a vote to decide.

This creates a fresh headache for May who is already struggling to unite her top ministers over plans to leave the European Union and is facing the prospect of a series of rebellions in parliament over her Brexit plans.

Northern Ireland’s elected assembly has the right to bring its abortion laws in line with the rest of Britain, but voted against doing so in February 2016 and the assembly has not sat since the devolved government collapsed in January 2017.