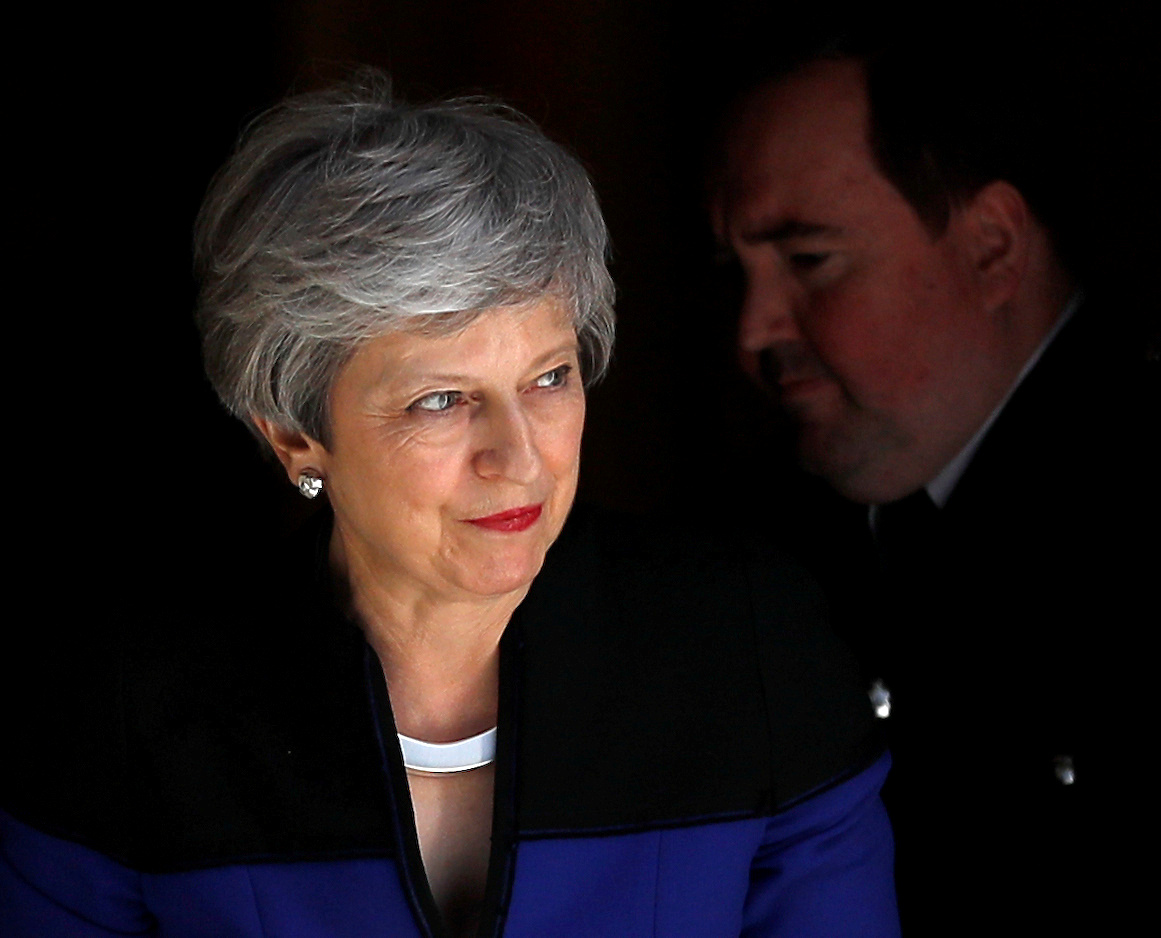 Britain's Prime Minister Theresa May is seen outside Downing Street, in London, Britain, May 14, 2019. (Photo: Agencies)

British Prime Minister Theresa May will launch another push next month to approve Britain's exit from the European Union before the summer break, setting a new deadline for her Brexit plan and a potential timetable for her own departure.

Nearly three years after the United Kingdom voted 52% to 48% to leave the EU, politicians still disagree about when, how or even if the divorce will take place.

Brexit had been due to take place on March 29, but May was unable to get her divorce deal ratified by parliament, which rejected the so-called Withdrawal Agreement three times, and now the date is set for Oct 31.

In a change of tack, her spokesman said she was now planning to put forward a Withdrawal Agreement Bill, which implements the terms of Britain's departure, in the week beginning June 3 to try to secure Brexit before lawmakers go on summer holiday.

"It is imperative we do so then if the UK is to leave the EU before the summer parliamentary recess," the spokesman said after May met opposition Labour leader Jeremy Corbyn as part of talks to secure his party's support for the bill.

"We will therefore be bringing forward the Withdrawal Agreement Bill in the week beginning the 3rd June," he said, citing the same week as US President Donald Trump's state visit to Britain.

But Corbyn, whose negotiating team has been holding talks with government ministers for more than four weeks to find a way to break the deadlock in parliament, raised doubts over whether Labour could back the Withdrawal Bill.

"In particular he raised doubts over the credibility of government commitments, following statements by Conservative MPs (members of parliament) and cabinet ministers seeking to replace the prime minister," his spokesman said.

By restarting the process to get parliamentary approval for a deal she agreed with the EU in November, May is also trying to signal to her own party that she will honour her promise to step down as leader when the agreement is passed.

May, who secured the Conservative Party leadership and the premiership in the chaos that followed Britain's 2016 vote to leave the EU, is under pressure from some of her own lawmakers to set a date for her departure.

US investment bank JP Morgan said on Tuesday it was difficult to see May surviving beyond the end of June.

As positions harden in parliament, with many wanting to either leave the EU without a deal or to stop Brexit altogether, May has turned to Labour, led by Corbyn, a veteran socialist, to negotiate a way to break the impasse.

Despite opposition from some in her party, senior ministers agreed at a cabinet meeting earlier to press ahead with the talks, May's spokesman said.

"Ministers involved in the negotiations set out details of the compromises which the government was prepared to consider in order to consider an agreement which would allow the UK to leave the EU with a deal as soon as possible," the spokesman said.

"However, it was agreed that it is imperative to bring forward the Withdrawal Agreement Bill in time for it to receive royal assent by the summer parliamentary recess."

Parliament usually breaks for the summer in the second half of July, although the exact date has not been set.

But both May and Corbyn are under pressure from their own parties not to give too much away in the talks.

On Monday, Labour lawmakers demanded that Corbyn clarify his Brexit stance at a meeting with Labour lawmakers on Monday, with backers of a second Brexit referendum and others who want a deal to leave arguing their case, sources told Reuters.

May is under pressure not to give in to Corbyn's demand to agree to a customs union with the EU after Brexit.

Thirteen of May's former cabinet colleagues as well as Graham Brady, chairman of the 1922 Committee of Conservative lawmakers, wrote to May on Tuesday to ask her not to agree to Labour's demand for a post-Brexit customs union with the EU.

"You would have lost the loyal middle of the Conservative Party, split our party and with likely nothing to show for it," the letter said. "We urge you to think again."

"No leader can bind his or her successor so the deal would likely be at best temporary, at worst illusory," said the letter, whose signatories included Gavin Williamson, who was sacked as defense minister this month, and former Foreign Minister Boris Johnson.