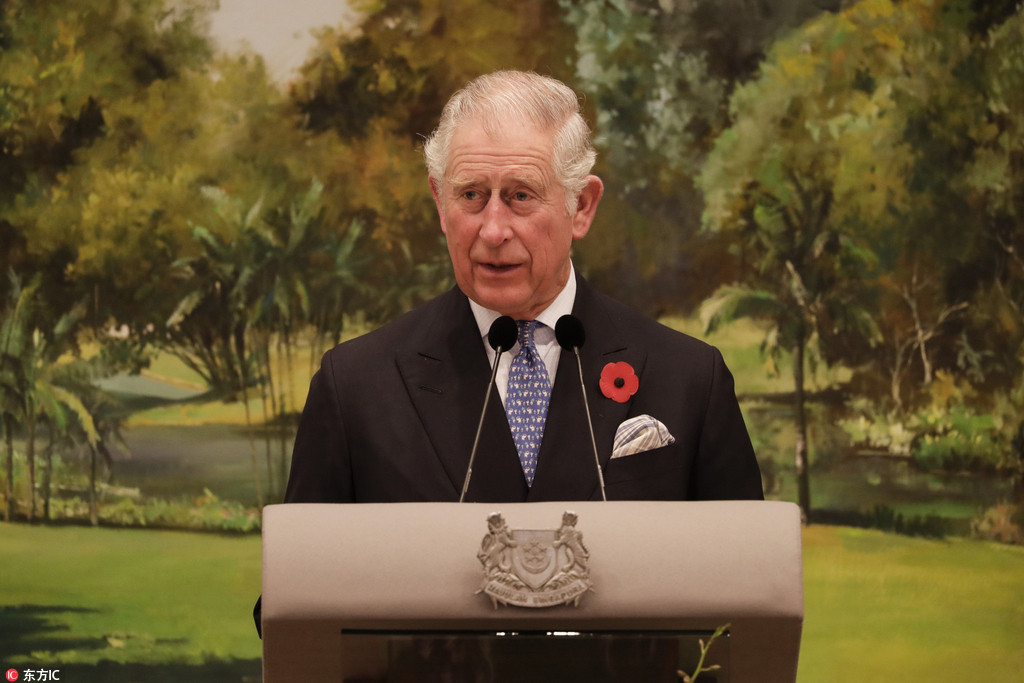 Britain's Prince Charles delivers a speech during a state banquet held at the Istana or Presidential Palace in Singapore, Tuesday, Oct. 31, 2017. （Photo:IC）

Britain's Prince Charles will arrive in Malaysia on Thursday for a week-long tour.

He will meet with Malaysian royal rulers and Malaysian Prime Minister Najib Razak and attend a series of public events, part of the celebrations marking the 60th anniversary of Malaysia-Britain bilateral ties.
In a statement released on Wednesday, the Malaysian Foreign Ministry said this will be the first visit by Prince Charles and his wife Camilla, the Duchess of Cornwall, who are expected to engage with Malaysians from all walks of life.
This historic visit will contribute to the enhancement of the close and fraternal relations between the two countries, it added.
According to the Foreign Ministry statement, Malaysia is the Britain's second largest export market in the Association of Southeast Asian Nations market and Britain is Malaysia's third largest trading partner in Europe.
There are currently more than 18,000 Malaysians studying in Britain.